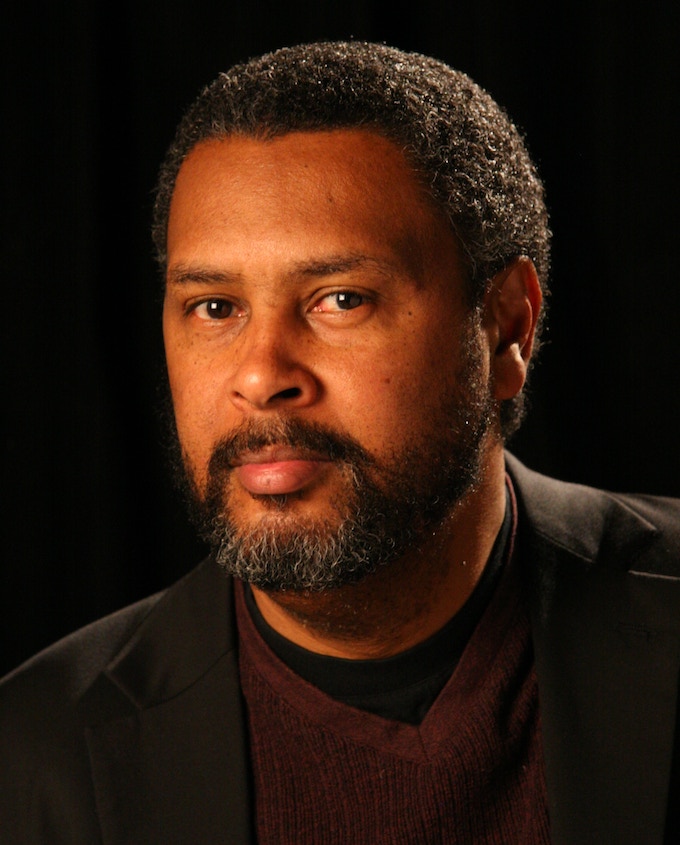 From the New Yorker to the LA Times, critics have voted a movie– Spike Lee’s Chi-Raq– the best of 2015. Richard Brody calls it “a latter-day masterwork,” and it also won his vote for the best screenplay of the year. A biting social commentary based on Aristophanes’ Lysistrata, Chi-Raq is set in Chicago and was co-written by Lawrence’s own Kevin Willmott.

Kevin graciously sent us a list of 10 books that influence him in all of his films. It should come as no surprise that the man’s a scholar– so much so, that LPL doesn’t own any of his selections. But you can always find them through our interlibrary loan service. Catch Kevin’s films CSA, opens a new window, The Only Good Indian, opens a new window, and Jayhawkers, opens a new window while you wait. Those we have.

1. Uncommon Prayer: A Book of Psalms, by Daniel Berrigan

“The psalms spoke up for soul, for survival; they pled for all, they bonded us when the world would break us like dry bones. They made sense, where the ‘facts’ — scientific, political, religious — made only nonsense.” – from the book.

2. An Ethic for Christians and Other Aliens in a Strange Land, by William Stringfellow

“The effort is to comprehend the nation, to grasp what is happening right now to the nation… The task is to treat the nation within the tradition of biblical politics, to understand America biblically – not the other way around.” – from the book.

3. Martin Luther King, Jr.: The Making of a Mind, by John J. Ansbro

“The best study of King’s intellectual and spiritual development, based on extensive primary material. Ansbro sees King in positive terms, focusing on the pivotal role of nonviolence based on agape in his social theology. Moral premises of nonviolence are skillfully analyzed.” – from a 1999 enotes.com guide.

“This book draws on thoughts and writings from more than two millennia: poets from Sappho to Robert Lowell, dreamers from Saint John the Divine to Martin Luther King, Jr., statesmen from Seneca to Winston Churchill, soldiers, churchmen, writers, leaders. Along with them are mingled the voices of people who have faced appalling danger in their own lifetimes– an American schoolchild, a Hiroshima grocer, a plague survivor, a Turkish dissident.” – Amazon.com review.

5. The Measure of a Man: A Spiritual Autobiography, by Sidney Poitier

“Poitier says he ‘felt called to write about certain values, such as integrity and commitment, faith and forgiveness, about the virtues of simplicity, about the difference between ‘amusing ourselves to death’ and finding meaningful pleasures– even joy.’ Yet Poitier’s book does not speak from on high; its tone is conversational and endearingly self-critical. – Amazon.com review.

6. Workin’ on the Chain Gang: Shaking Off the Dead Hand of History, by Walter Mosley

“Mosley boldly calls for an aggressive reevaluation of how public information, social life, work and identity are constructed in the United States… In the end, Mosley urges his readers to take responsibility for their own lives and to use their imaginations to envision a new world: “The only way out is to be crazy, to imagine the impossible… to say what it is you want.” – Publishers Weekly.

7. Race and Reunion: The Civil War in American Memory, by David W. Blight

“Almost all the dominant views of the Civil War and its aftermath… were the direct result of an extensive Southern propaganda war, argues Blight. As W.E.B. Du Bois noted a century ago, shortly after the war, the North was tacitly willing to accept the South’s representation of the conflict in exchange for an opening of new economic frontiers. Blight sets out to prove this thesis, surveying a mass of information… clearly and synthetically, detailing the mechanics of mythmaking.” – Publishers Weekly.

8. Stompin’ the Blues, by Albert Murray

“Eschewing a bleak sociological approach for affirmative, literary prose, Murray celebrates jazz as the most advanced and comprehensive blues-derived art form, one which ritualistically provides people with ‘equipment for living.’ …One does not kill the blues, but one can, by what he called ‘the velocity of celebration,’ stomp the blues to keep them at bay.” – Eugene Holley NPR review.

9. Trouble in Mind: Black Southerners in the Age of Jim Crow, by Leon Litwack

“The American South between Reconstruction and World War I. It is a world in which whites and blacks wage undeclared war, in which violence throbs as a constant threat and daily reality. It is a place of brutal assault on black humanity, with only Christian faith relieving the suffering. Black leaders stand impotent before the onslaught. White people blur into one horrifying mass.” – Edward L. Ayers NYT book review.

“Baldwin challenges the underlying assumptions in such films as In the Heat of the Night, Guess Who’s Coming to Dinner, and The Exorcist, offering us a vision of America’s self-delusions and deceptions. Here are our loves and hates, biases and cruelties, fears and ignorance reflected by the films that have entertained us and shaped our consciousness. And here, too, is the stunning prose of a writer whose passion never diminished his struggle for equality, justice, and social change.” – from the dust jacket.