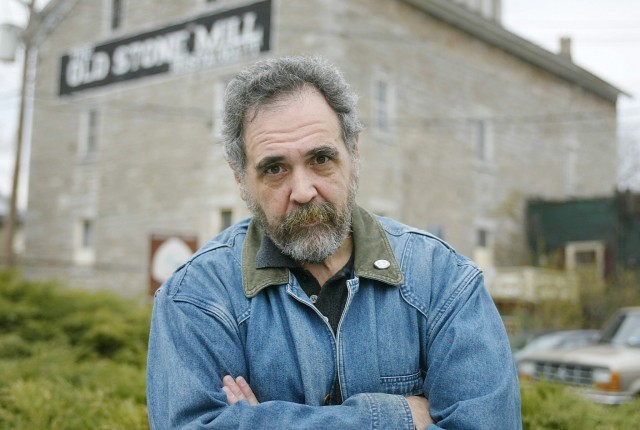 Last year, a friend left me a cryptic voicemail with those five scary words no one wants to hear: "You Need to Call Me." With my hands shaking and my heart racing, I pressed the button and put the phone to my ear. He answered, "Hey. I have an opportunity for you that you won't want to pass up." What could it be? Amway? Lula Roe? A timeshare in the Bahamas? I could only guess."I've been on the phone with Barry Crimmins and he wants to do a pop-up gig in town and I think it needs to be at your bar." Oh, now is probably a good time to tell you that my husband and I own a bar. After the initial shock wore off, I thanked my friend, hung up, and started yelling with delight and dancing around my kitchen. Barry Crimmins was coming to Lawrence and he would be performing at our bar.

If you're not familiar with Barry Crimmins, you're in good company. In fact, he's often described as "the best comedian you've never heard of." But even a short list of his accomplishments is impressive whether or not you know his work. He is often lauded as one of the founders of Boston stand-up comedy--- having helped launch the careers of such comedians as Bobcat Goldthwait, Paula Poundstone, Denis Leary, and Stephen Wright (to name a few). A political activist who could slay with his wit and his words, Crimmins did not shy away from controversy and would often spend five to ten minutes ranting about politics in his bits... Five to ten glorious minutes, I should add. He was also a proud vegetarian, an aggressively lapsed catholic, a sexual abuse survivor, and an adopted resident of "LFK."

Barry loved Lawrence for the same reasons that many of us choose to live here and he tweeted about it often. He appreciated a town that appreciates the arts; he loved that a medium sized city still had a small town feel; he could relate to the people here. He followed many Lawrence residents on twitter so he could keep up with what was going on. He got it.

I met Barry on what would end up being his last birthday on the patio of Frank's North Star Tavern. Having performed earlier in the week at The Lawrence Arts Center, he was staying in town for a few more days and wanted to have a smaller, more intimate show before he left. A large group of us hung out and had a few beers. It was here that Barry said to me, "I was told this was a punk bar, but all I'm seeing is a bunch of f*****g hippies." He later used that line in his show, and even though I had nothing to do with it really, it filled me with pride. (No offense to the hippies.) We sat around for a while longer, all of us gathering liquid courage. Nerves turned into laughs as conversations flowed more freely; we met his soon-to-be wife, Helen; Lawrence's matriarch, "Mama Meg" Heriford, brought a birthday cake. It was a night to remember... even if some of those memories are admittedly hazy.

It was only after he had left town that I discovered and watched Call me Lucky, a documentary about Crimmins, directed by his friend, Bobcat Goldthwait. The film begins with with a rotating cast of comedians speaking to Crimmins' talents and then takes a dark turn as we learn of the horrific sexual abuse he endured as a child. Taking his rage and turning it into good, however, is something he did in heroic proportions. It was in 1995 when the internet and chat rooms were still new to most of us that Barry found out the extent of child pornography being exchanged on AOL and took it upon himself to get the laws changed to protect kids, even testifying before congress. Clips of his testimony are featured in Call Me Lucky and they are heart wrenching. However, they also show that Crimmins is someone you want on your side. He is absolutely relentless. 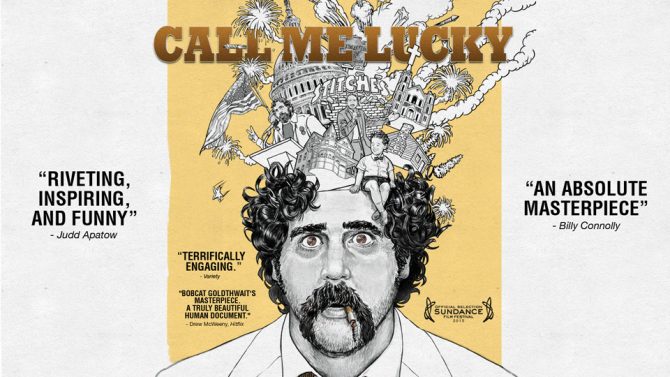 Barry announced that he had cancer just a month before he died at the age of 64. His wife Helen tweeted on the day of his death, "Helen here with sad news...Barry passed peacefully yesterday with Bobcat and I. He would want everyone to know that he cared deeply about mankind and wants you to carry on the good fight. Peace."

Will do, Barry. Peace to you. We were lucky to have you.