The sophomore season of Donald Glover’s cult-favorite TV show Atlanta kicked off yesterday, continuing the story of Earnest “Earn” Marks and his struggle to make money (and sense) in an often absurd world. It’s likely one of Glover’s lesser-known works among his renaissance-man slate of music and acting—such as playing Lando Calrissian in an upcoming Star Wars spin off.

Though the comedy doesn’t have the clout of a celebrated galactic saga, it’s nonetheless a complex and enjoyable piece of storytelling. Television has earned increasing recognition as a true art medium—going beyond its reputation as just entertainment—and Glover’s layered vision of modern city life convincingly furthers this trend.

With the new season underway, I’ve found some analogs in the fiction stacks that backlight a few of Atlanta's somewhat familiar literary underpinnings.

The show could be described, in part, as a gothic family drama; Earn and his girlfriend Vanessa are in a precarious on-again-off-again relationship while attempting to raise a child together. Their romantic posturing and conflicts, while sometimes darkly funny, never let the audience forget that a young life hangs in the balance. Earn’s mix of money problems and interpersonal shortcomings result in a family fighting the urge to crumble, not unlike Emily Brontё’s Wuthering Heights or Nathaniel Hawthorne’s The House of the Seven Gables. The streets of Atlanta are certainly a big, but very welcome, shift from the estates and manors of the classics.

In a similar fashion, the ambitions of Earn and his cousin, up and coming rapper Paper Boi, recall the archetypes of celebrated Western literature. Their urban surroundings are a harsh and unforgiving landscape, and life is simply not easy. As the pair tries to make it big, they run up against underhanded promoters, rival rappers, and the quagmire that is modern public relations and social marketing. There isn’t a lot of violence, but it’s demonstrated as a necessary part of rugged life. The epic cattle drive of Larry McMurtry’s Lonesome Dove is a surprisingly apt comparison in many ways. 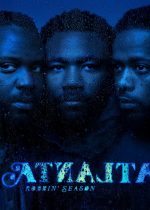 Going beyond plot themes, a dash of magical realism is one of the most refreshing facets of the production. In one episode, local celebrity Marcus Miles—who is otherwise a wholly unimportant character—has an invisible car. It doesn’t affect the plot in a meaningful way, and its impossible existence isn’t confronted at any point. For me, this immediately brought to mind Gabriel Garcia Marquez, the master of the genre, in particular his short story “A Very Old Man With Enormous Wings.”

Atlanta breaks from conventional TV standards in more ways, too, sprinkling in moments of post-modern weirdness and surrealism. The episode “B.A.N.” upends the typical narrative style, transforming it into thirty minutes of a talk show within the show’s universe—with hilarious results. The writing shines when it turns to social satire; T. Geronimo Johnson’s excellent and challenging Welcome to Braggsville comes to mind whenever issues of race are engaged. I can’t help but imagine Kurt Vonnegut would be a fan of the show as well.

To be clear, Glover isn’t standing on the shoulders of giants, by any means. Though there are surely some direct literary influences at play, the artistic rendering of Atlanta is its own thing, worthy of new merit.

Personally, I can’t wait to see where we’re taken this season. The team wasn’t afraid of taking risks to begin with, and I hope that innovation continues as they seamlessly join humor and drama, questioning whether this world is as rationale as it appears. Books are definitely my favorite, don’t worry, but television of this caliber proves that a nuanced introspection on life can go beyond the pages.