I recently celebrated my cat’s 20th birthday. Echo is a grey and caramel colored tabby that I’ve literally had since the day she was born. I love to tell the story. On April 20, 1999, I came home from school to find her mother birthing kittens under a picnic table on the porch in front of god and everyone. The last kitten born I claimed as my own and called her Echo. 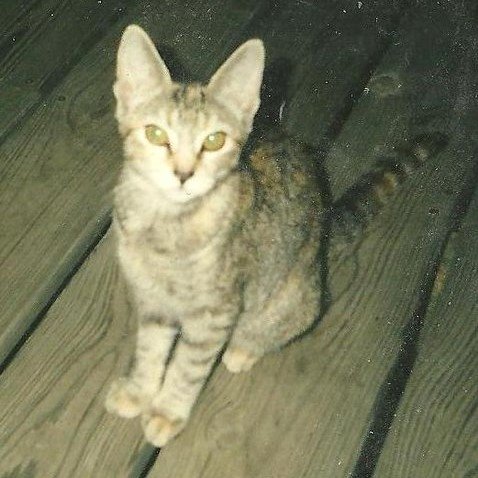 The reason I remember so clearly is because of the famous, though tragic, incident that also took place that day. After my siblings and I moved the mother cat and four tiny kittens into a towel lined box and took them inside, we turned on our television to the news of the Columbine school shooting. The diametrically opposing images of the surviving teenagers fleeing death for safety and mewling newborn kittens were permanently ingrained in my mind.

Not to make light of that tragic event, but I’ve long since considered Echo a survivor too. When they were old enough, her two eldest siblings, grey tabbies we called Bud and Missy, were given away to strangers. We kept Echo and her sister, a yellow tabby we named Milow. A year later, a tornado ripped through our town. Before seeking shelter in the hallway of our basement-less modular home, I ran through the rooms looking for the cats. Echo was the only one I couldn’t find. She must have been outside.

In addition to her birthday, a recent book I picked up made me reflect more on Echo’s life. The Traveling Cat Chronicles by Hiro Arikawa is an adventurous, fictional tale about a cat named Nana and his caretaker, Satoru, who tries to find a new home for him among his acquaintances. The story alternates between the perspectives of Nana and Saturo’s connections, who reflect on how they know Saturo and events in his past.

Satoru drives Nana from place to place across the countryside, but none of them turn out to be the right fit for the cat. Through most of the novel, the reader is left to wonder why Satoru is trying to find a new home for this seemingly friendly, well behaved feline. Is he moving to a less pet friendly apartment? Is he seeing someone new who’s allergic to cats? All is eventually revealed, and I’ll just say the story is beautiful and heartbreaking in unexpected ways. 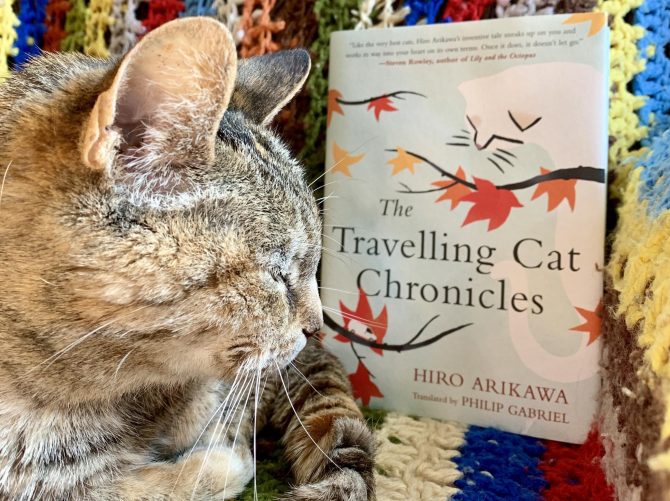 Like Nana, I like to say my cat Echo is well traveled too. After that tornado, when we emerged from our home to survey the damage, Echo turned up, having found a safe place under our front porch. Over the next two decades, she followed me from rural homes, to tiny Lawrence apartments, through a three year move to Iowa, and then back to Lawrence. She’s weathered storms, colds, unfortunate flea infestations, the loss of her mother and sister, and the arrival of two new, young feline housemates.

I honestly couldn’t imagine the past twenty years without her. The times when she's curled up on my lap purring, I cherish the most. I know her time may be drawing to an end, but I look forward to having a few more adventures with her.