For the past two years, I’ve found myself incapable of reading much beyond a few pages, finishing books rarely, and lamenting on my lost love. The world has felt too noisy, too chaotic, too overwhelming, and focusing on something as relatively simple as reading has been all but impossible. What’s the point? I would ask myself. Maybe I just don’t like it anymore. It was an inconvenient feeling to have, considering I’ve made my career in libraries, but it was manageable. The ache of losing something that was once there would hit me every now and then, like losing a baby tooth, my mind obsessed on finding that gap, filling it in, until something else had replaced it, something I hoped I would love even more than reading. 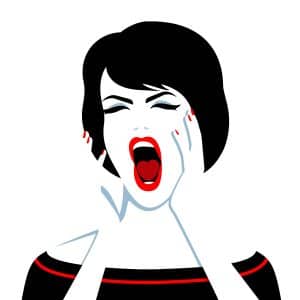 I’ll be honest, I had mostly given up on being able to truly enjoy that activity again, thinking I was a hopeless case, until one day at work, I was confronted with the dreaded question, “What are your 2022 reading goals?” It was for #askalibrarian, a weekly occurrence on Twitter where other librarians hop online and do what we do best–give out advice on what to read next. And then there I was, being asked what I was supposed to read. I wanted to say nothing, leave it blank, but there was the question, my colleague’s answer, and another gap, where mine could be.

Ever curious, I found something to replace that otherwise empty space. “I’m feeling 22 oooo-ooooo-ooo” I mostly joked, Taylor Swift always on the brain, but then I thought, “Wait. Why not?” And so, at the beginning of this year, I picked up a book, and I haven’t stopped turning pages since. What began as an experiment--seeing if I could goad myself into reading again by setting a tangible goal--has sparked a renewed interest, and I can't help but see a pattern emerge in the types of books I've been choosing. Most of them are exclusively about women, about their lived experience, and about the times where all they wanted to do was scream.

I'm the type of person who, when I feel like I see something out of the corner of my eye, I turn and directly confront it, to assuage my sudden, innate fears, and this new reading mood reminds me of that. It's been a strangely cathartic way of healing the bruises I've accumulated since 2020, since even before that. For anyone else who finds comfort in looking into the darkest and least flattering parts of our shared human experiences, this one is for you.

A Very Nice Girl by Imogen Crimp is my most recent read, having been finished a scant few hours before writing this blog post, and the experience of that book immediately inspired me to put on the 10 minute version of "All Too Well", listening to that song on repeat. The author's painfully insightful observations on toxic relationships in your twenties reminds me of Sally Rooney, an author I finally gave into reading this year and I'll never look back. A Very Nice Girl feels like Conversations With Friends if that book were quicker to lie, faster to bite. The dialogue is clever, cutthroat, as is the world the main character, Anna, inhabits. This is not a story with likeable characters--none of them are people I'd want to interact with in my own life--but part of the appeal in books like this, in my opinion, is the author's unflinching exposure of human beings at their worst. The main character is deceptive, talented, intriguing, and awful. I'll be thinking about her for awhile.

Beautiful World, Where Are You by Sally Rooney is the equivalent of the I'm in this photo and I don't like it meme. At times, the characters were too relatable, embarrassingly so, in fact. This book is pure millennial malaise, with alternating viewpoint chapters equally filled with the specific ennui of my generation, and sandwiched in between are email correspondences between the two main female characters. Emails that are sometimes eye-rolling-ly philosophical--we get it, Sally Rooney, plastic is bad--and makes me question the validity of two people in their late 20's/early 30's emailing that frequently, when messaging apps exist. I digress. This is the first Sally Rooney book I picked up, and it will certainly not be the last. Her style of writing isn't for everyone, but I found this novel uncomfortably charming, four hot mess individuals somehow stumbling into love and friendships and maintaining those loyalties, even if they're jerks sometimes. Okay, a lot of the time.

The Paper Palace by Miranda Cowley Heller was the first book I read this year, and it's going to take something truly special to outrank it as my favorite book of 2022. The story is told in the twenty-four hours after the main character, Elle, has begun an affair with her best friend since childhood, a man she's been in love with for decades, while also delving into the past, unearthing family secrets and uncovering motivations as to why Elle is the way she is. The prose is transformative, at times I felt like a time traveler, running through the streets of New York alongside Elle in the 80's, experiencing her life in its fullest. I can't stress how beautiful this novel is, how much it took over my life while I was reading it, and how much it has become apart of me since. I'll always have a soft spot for this book, because it was the one to remind me that, Oh, reading is something I can enjoy again.

For even more books about women trying to manage unfair expectations, trying to carve out a space for themselves, just trying to live, I've made a list: S.A.D. Girl Winter