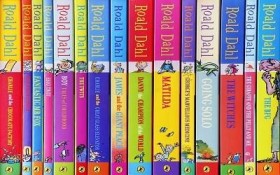 If you’re a lover of books (or any kind of art, really) you’ll probably have faced this dilemma in your enjoyment of a beloved author – that day you find that they are actually a turd of a human being.

It’s happened over and over again to me. Here I stand, talking about books I love and sharing them with others, only only to find out the author is an anti-Semite, a racist, a misogynist, a pedophile, or generally just a nasty piece of work. And once that happens, the conversation ensues – can one still love the book if the author is a terrible person? (Or worse, are you a terrible person for still loving those books, now having the knowledge you have?)

I’ve had this conversation with many people, and I’ve still not reached consensus. I have friends who will say without hesitation that the art is one thing, the artist is another, and the enjoyment of the work isn’t diminished by the revelation. Those people often make the argument that the author was acting “of their time” and we can’t judge them harshly for that, especially if the artist cites remorse in later life. (Let’s call this the Dr. Seuss Rule.)

I have other friends who feel disappointed and always feel a pang of guilt when they enjoy works by the artist, but may still indulge. They may not list those authors among their favorites, but they can’t quite quit them due to the nostalgia of childhood. (The Roald Dahl rule.)

Still other friends have given themselves a sort of “code” to discern whether or not they can still enjoy the work. It might be based on whether or not the works themselves are completely free of offensive material and even may be uplifting to some marginalized people, and offenses were given only in private journals or correspondence. See also: whether or not the author battled with mental illness. (I call this the Charlotte Perkins Gilman rule.)

Sometimes people will say, “The work itself is so central to our understanding of ourselves as a culture and society that it’s necessary to read it. Plus, they are dead so I’m not giving them any money.” (How about the George Orwell rule for this one.)

In fact, I did talk to a lot of people who were okay enjoying the works of some good-artists-but-bad-humans as long as the artists themselves were not benefiting anymore, usually monetarily. Some harder sorts wanted to make sure their children weren’t benefiting, either, apples not falling far from trees and all…

There are other rules.

“They paid for their crime. Let me enjoy my books.” (The Anne Perry rule.)

“What they did wasn’t worse than most men, and they more than made up for it with the gift of their writing.” (The Charles Dickens rule.)

“They only said bad things, usually when they were drunk or high, but they didn’t actually DO bad things.” (Too many authors to make this one a rule.)

There’s also the argument that to be a true artist, a genius, a master… perhaps you’re going to often be a little bit “touched.” Definitely focused and single-minded. Probably driven to live outside of the boundaries and norms they rest of us abide by, possibly to the exclusion of common sense and decency. You may also be more likely to use drugs or alcohol to cope with pressure. But if that’s the case, where do we draw the line?

Is there a level of artistic greatness or societal benefit to which the work must aspire in order to mitigate the bad of the artist? Are there crimes so bad that nothing, not even the most perfect piece of art, will absolve them? And what of the subjectivity? Some will argue every story of Hemingway outshines the trauma he caused his wives and children, but what if you’re personally unmoved by his words?

In some ways, this is a test of our time. Prior to the internet age, it was a lot harder to dig up every morsel of dirt on an author, let alone catch them out making an ill-conceived tweet. Now, one only has to Google to find some intrepid blogger has posted up obscure-yet-damning info that quickly makes its way into the mainstream. I even have one friend who delights in “ruining authors” for people and makes sure to share every misdeed that come across her feed, as a way to help us be conscious consumers.

I have a few friends, however, who are willing to cut all ties at even the first whiff of an artist who may have had unsavory views or activities. Their take on it? There are more books and authors out there than I will ever have time to read. I’m going to give my time and attention to people who are decent humans.

Well, decent as far as we know. Yet…

What’s your litmus test for authors and artists behaving badly?