Whether you are an avid reader, a casual reader, or someone who mainly only reads books because you watched the movie first, you might have been asked this question: What book character do you relate to the most? 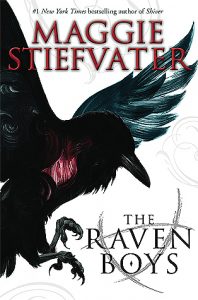 I've been asked that question time and time again, and my answer is always awkward, uncertain. As someone who read voraciously as a child (and now as a young adult) Harriet the Spy and Matilda were excellent answers, Hermione, too. Though none of them quite encapsulated who I felt like as a person, merely they represented what I was interested in. I first realized there could be Latinx characters in books when I stumbled across Esperanza Rising when I was a wee curly-haired child, mind blown that someone (sort of) like me could have their own book. Only, Esperanza wasn't like me, because she came from immense privilege, because she was Mexican, because she lived a life I could never quite understand.

Last year, I had a similar encounter with Julia from I Am Not Your Perfect Mexican Daughter. Julia is, probably, the first time I have seen a true version of myself in a book - my high school self, that angsty, lost, confused version of me who couldn't quite grasp what they wanted from life only they really really liked Holden Caulfield. Julia was a character I wished I had during that time of my life, one I could empathize with as an adult, but one who no longer represented who I was or how I felt. 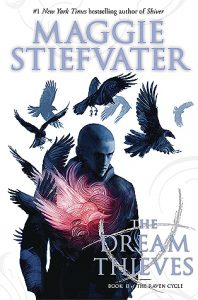 But she was the closest I ever came to finding myself in a book. That is, until I found Adam. Adam Parrish: the complicated, reticent, angry, kind, quiet, resentful, critical, thoughtful, terrified, observant, brave, lonesome, lovely boy who is first introduced in Maggie Stiefvater's The Raven Boys, book one in The Raven Cycle series.

I do not consider myself to be a religious person, but I am the way about The Raven Cycle like an Evangelist is with their bible - I've talked about this series time and time again, waving the books in people's faces, endlessly critiquing the hidden meanings in certain scenes, practically screaming "Have you heard about our Lord and Savior, RONAN LYNCH?!!" at anyone who is too slow to run away from me.

The Raven Cycle is a series that is composed of four books. There is a ton of plot packed in to each book, but the overall story arc is about an epic quest to find a slumbering Welsh King and the adventuring band of teenagers who are searching for him: Gansey, Ronan, Adam, Blue, and Noah. 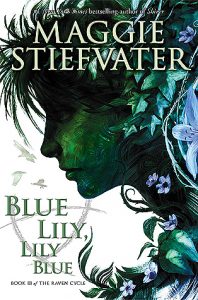 These books are for you if you like: imaginative storytelling, a will-they-won't-they love story that isn't infuriating, phenomenal queer representation, and stellar character development.

Now, the first character people often refer to when they talk about The Raven Cycle is Ronan Lynch. That's completely understandable, considering Ronan Lynch is a precious magical creature who must be protected at all costs. However, when I talk about these books, I gush about how Adam Parrish is the hot mess Slytherin of my soul space.

Adam could have easily become the villain of the story, and at times he feels like he is, but he's given a chance to change the outcome of his own life and he takes it, consequences be damned. Hot take: I think what he does is admirable. There were so many times throughout the series, I read the books and sighed, knowing I would have reacted similarly, instinctively understanding why Adam is the way he is.

When I finished the series for the first time, I turned around and read them again. Then I asked myself, How is it I can relate so much to a male character when I've never truly seen myself in a female character? Could it be the universal nature of storytelling? Or something else? 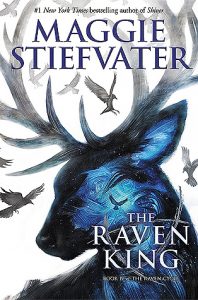 Adam Parrish literally changed my life. I grew and evolved as he did throughout the series, and by the end, we were both entirely new people, a truer version of the person we started out as. What a relief knowing there was a character like me: insecure there was something inherently wrong about them, only to realize, no, I am okay with who I am. Finding Adam was like finding a part of myself. Everything makes so much more sense now. I'm not so unknowable, after all.