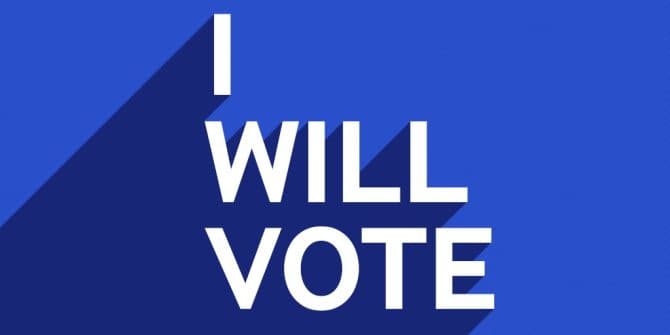 Polls are open 7 AM-7 PM and if you're in line by 7 PM, you can vote. If you experience any trouble that prevents you from voting, you can call the ACLU hotline at 1-866-OUR-VOTE (of course, you will still need an ID).

Currently, this amendment would alter the Kansas Constitution by removing Kansans' legal right to abortion. Simply put, a vote "no" preserves abortion's current status as a protected right. A vote "yes" means our state government can alter laws around abortion, which could include prohibiting abortion even in cases of rape, incest, or threats to the life of the pregnant person.

Before Roe v. Wade (1973) was overturned by the Supreme Court in June this was a federally-protected right (you can read this New York Times article online for free using your library card!).

The decision now falls to individual states to determine what reproductive rights are protected (or not, as the case may be).

Check out this page for:

Just a reminder that the library has an upcoming Community Resource Clinic on August 9th that will include Honor Moon period pantry, Lawrence-Douglas County Public Health Department(LDCPH), Just Food, Bert Nash Homeless Outreach, and the Department of Children and Families (DCF). Just a heads up that LDCPH now has long-acting reversible contraceptives (LARCs) available. They are able to work with people who don't have insurance or for whom payment is a hurdle.

Lastly, please feel welcome to visit us at the Ask Desk or email eref@lplks.org if you have any questions related to this post, including materials on gender equity or community resources!

We Should All Be Feminists by Chimamanda Adichie

"Not long ago, I wrote an article about being young and female in Lagos. And an acquaintance told me that it was an angry article, and I should not have made it so angry. But I was unapologetic. Of course I was angry. Gender as it functions today is a grave injustice. I am angry...Anger has a long history of bringing about positive change. But I am also hopeful, because I believe deeply in the ability of human beings to remake themselves for the better."

Adichie’s experience with her unique brand of feminism speaks to what moving through the world in technically a numerical majority but minority-by-rights can feel like. She discusses differences that she's noticed between Nigeria and the United States. She includes stories of conversations with close confidantes, including her brother, who do not or can not understand her perspective. I listened to her audiobook version and found her cadence both soothing and full of the power of her pointed words.

"I reach deeply into the rich soil beneath me, made up of every girl and woman I've ever been, every face I've loved, every love I've lost, every place I've been...every book I've read and song I've sung, everything, everything, crumbling and mixing and decomposing underneath. Nothing wasted. My entire past there, holding me up and feeding me now. All of this too low for anyone else to see, just there for me to draw from."

Plenty in her narrative reveals her privilege as a white, cisgender-female (meaning her personal identity and gender corresponds with her birth sex), but nevertheless her language is unique and holds a story that we don’t hear often. Glennon realizes she’s no longer in love with her husband, no longer identifies as “straight”, and decides to pursue a love-filled relationship with another woman she meets at a conference. They’re both in their fifties, Doyle with two young children.

Men Explain Things to Me by Rebecca Solnit

Updated in 2014, Solnit opens this book of essays with an image of a woman, her head covered in a white shirt while she leans on top of an ironing table, apparently ironing her own head while simultaneously ironing a white business shirt.

I Feel Bad About My Neck by Nora Ephron

"Sometimes I think that not having to worry anymore about your hair is the secret upside of death."

Nora Ephron, writer of When Harry Met Sally, writes about aging frequently, touching on absurdity. If you can laugh about something, you can work with it. The distance between your giggles and your worries is far enough that there’s extra breathing room to navigate changes.

I suspect this may be why dark humor functions as a healing force for those who use it.