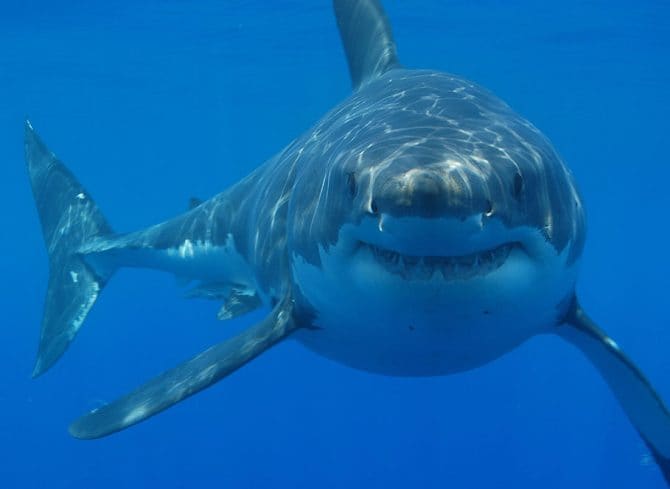 Recently I made an impulse checkout of Peter Benchley’s 1974 novel Jaws and devoured it quicker than a great white gulping down an inflatable dingy. In the brief introduction Benchley wrote for the 2005 edition, he notes that he was certain the book would flop because he “couldn’t think of any novels about fish that had achieved critical or commercial success.” Of course he was soon proven wrong, but to his surprise the one book he never overtook on the bestseller list, Richard Adams’ Watership Down, was about rabbits.

Benchley’s comment got me wondering if 1974 was just a weird year for adult animal stories. In my work with children’s books at the library, I see youth bestseller lists so packed with animal-related titles that books about humans are often the rarity, but aside from Jaws and Watership Down, I could hardly think of another bestselling adult novel centering on animals.

Were they really so rare? I decided to put my trusty human brain to work and do a little research. Going back 50 years on the Publisher’s Weekly bestseller list (which I chose not because it is currently the oldest American bestseller list, but because records are easily accessible online), I counted how many of the top ten adult fiction titles for each year were about animals.

Benchley was right, but not only about fish books. Of the 500 slots dating back to the top ten bestselling adult novels of 1972, only 17 featured prominent animal characters or humans interacting with non-humans in a big way. The number would have been even lower if I hadn’t used a generous interpretation of “animal” that included works about elves, dragons, and extra-terrestrials (by which I mean the Extra-Terrestrial, star of the number one novel of 1982, William Kotzwinkle’s E.T.: The Extra-Terrestrial). The non-fiction lists probably would have fared a bit better, pulling in the likes of Seabiscuit, Marley and Me, and H Is for Hawk, but I was really looking for made-up tales, and trying to prove a point with a totally unscientific process.

Four dogs, two cats, two horses, and one book each about rabbits, sharks, wooly mammoths, bison, dinosaurs, elves, dragons, the afore-mentioned alien, and crawdads (the singing kind) fill this literary ark. And flying above us is a blissed out seagull who rained droppings down on all nine of the other bestselling novels of 1972 and 1973.

I was surprised to find how much different Benchley’s novel is from the classic Stephen Spielberg film adaption, and I can’t decide which I like better. What strikes me most about the story is how relevant it is in the covid era. The novel’s protagonist, Police Chief Martin Brody, faces a familiar dilemma when he must decide whether to close his town’s beaches and possibly save lives, or keep them open and save the town's economy, which relies upon income generated in just a few months of summer tourism to sustain itself throughout the year.

Watership Down, by Richard Adams (rabbits, 1974)

The great fish never could catch these weirdo rabbits. Is it an adult book or a children’s book? Adams based it on stories he told his daughters on long car rides, paired with his experiences in World War II, blending simple and complex themes to create a world that, like J.R.R. Tolkien’s Lord of the Rings, eludes audience categorization. I loved it when I read it as a kid, and when I returned to it decades later. Like Jaws, it’s a complete outlier as a bestseller. Adams struggled to find a publisher who would touch it, and the one who did, Rex Collings, famously wrote to a friend, “I’ve just taken on a novel about rabbits, one of them with extra-sensory perception. Do you think I’m mad?”

The first of three Stephen King novels on the list. King’s books were my YA fiction. And I read him so much back then he feels like a family member. I must say I lean toward Turner and Hooch for an ‘80’s story about a slobbery dog, though.

This was a bit of stretch since the cat doesn’t make it to the second half of the book, but it plays a pretty big part in the first half. Plus, the whole pet cemetery thing. There’s a lot I dislike about this book in hindsight, in particular the way it plays on parents’ fears of losing their children. I’m also glad we’ve moved on from the “Indian burial ground” trope that was so big for a while there in '80's horror.

King’s sequel to The Shining, featuring a cat who can tell when people are about to die in a nursing home. I assume it just gets scarier from there, but I already peed my pants so I’ll quit while I’m ahead.

Oprah raved about it, so did my sister. I know I need to read it, ladies. As much as I let dogs kiss me on the lips, I don’t know how I have managed not to yet.

The Story of Edgar Sawtelle

I tried to read it as a 5th grader after I tore through the Lord of the Rings, but it felt like a brick wall. Possibly my adult self would like it more? The number one bestselling novel of 1977. Who would have guessed there was so much interest in elf genealogy.

The Darkest Evening of the Year, by Dean Koontz (dogs, 2007)

I missed this one back in 2007. Surprisingly, Watchers (1987) didn’t make a yearly top ten list, but that’s where I would focus my efforts if I wanted to hang with Dean Koontz’s lovable mutant dogs.

This novelization of Melissa Mathison’s screenplay of the Steven Spielberg film is out of print. I remember reading that paperback, and I’m right there with you on that phoning home thing, E.T. How I wish I could give our old kitchen wall-mounted, mustard-yellow touchtone phone a ring and talk to whoever picks up back in 1982.

“I don’t help people with horse problems, I help horses with people problems.” Or something like that. I’ll always love this one for giving us the best DIY Mad Lib ever. Just replace the horses with whatever thing in your life is in need of a good whispering. Go ahead, try it. It’s fun!

Number one book, two years in a row, the only repeat champ. That paperback was everywhere when I was a kid. I picked up my parents copy right after I got a new bike and imagined I was a seagull flying when I went down big hills. I’m pretty sure I completely missed the point. But then again, all the seagulls I’ve ever known were way more interested in my Doritos than matters of the spirit, so I suspect Richard Bach may never have actually met one in person.

Even counting Neanderthals as humans, these things really bumped up animal numbers on the bestseller lists, since they are chock full of prehistoric beasts. Oddly, Jean Auel’s first loincloth ripper, Clan of the Cave Bear, never made a top ten for the year, but probably outsold all the others.

The Clan of the Cave Bear

Again with a lesser known sequel. Where is Jurassic Park? It just goes to show how many factors wreak havoc on bestseller lists, like release dates, the slow burn of word of mouth recommendations, movie adaptations, and whether or not paperbacks are included, to name a few.

Where the Crawdads Sing, by Delia Owen (various marsh critters, 2019)

My mom tells me I need to read this one, and I must say it looks great. Written by an actual zoologist, this one has the best animal cred of any on the list, and a new movie version with music by Taylor Swift. I don’t think she plays one of the singing crawdads, but what a beautiful voice it would have if she did.

Where the Crawdads Sing