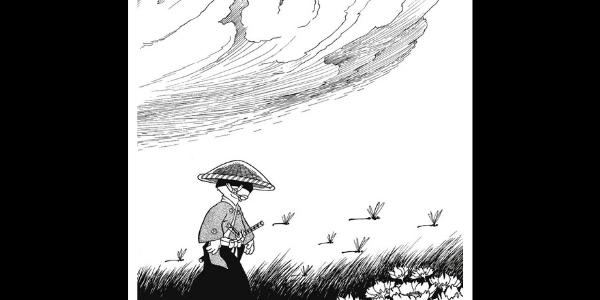 Stan Sakai, Usagi Yojimbo’s creator, originally planned for the series to star a human cast, but one day he doodled a rabbit whose ears were tied up in the traditional samurai topknot (chonmage, opens a new window) and struck gold. 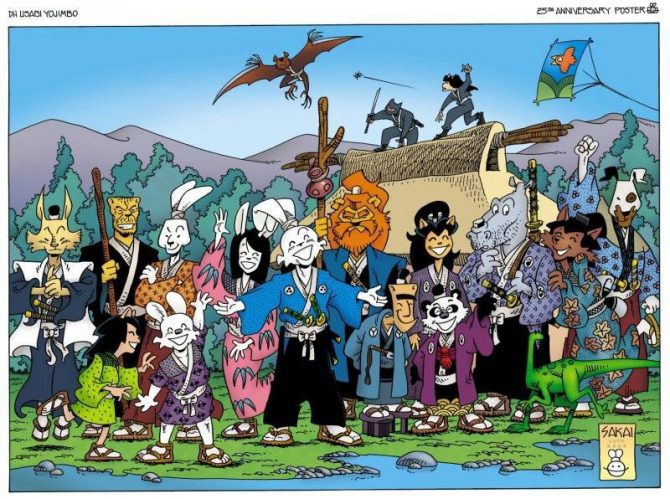 In an ever-rebooting and multiversing comic industry, Usagi Yojimbo has been a constant. At 35 years old, UY is one of the longest running creator-owned serialized comics out there. Over the years, different publishers have housed the rōnin rabbit, but unlike most other ongoing series, Sakai has kept a tight rein on his signature creation. He writes, draws, inks, and letters. He even paints the collected editions’ watercolor covers. The guy’s a rockstar.

It’s not all samurai and swords though. Sakai also delves deep into Edo era culture and folklore. The tea ceremony (chanoyu, opens a new window), kite building, taiko, opens a new window drum making, and swordsmithing are just a few of the topics Sakai has tackled. And while the series is mostly grounded in realism, he doesn’t shy away from the occasional encounter with traditional spirits and demons (yōkai, opens a new window).

Another pillar of the comic is its creator’s love of chanbara, opens a new window films. The panels’ layout, flow of action, and obviously the title evoke acclaimed Japanese filmmaker Akira Kurosawa, opens a new window’s work. The rhino bounty hunter Murakami Gennosuke, is a nod to the protagonist of Kurosawa’s Yojimbo, opens a new window. The blind swordsman Zaitochi, opens a new window is recreated as Zato-Ino the blindswordspig. Ogami Ittō and his son Daigoro aka Lone Wolf and Cub, opens a new window make their appearance as Yagi and Gorogoro, Lone Goat and Kid, still collecting payments of 500 ryo a head on their road to hell. These not so subtle homages are always lovingly rendered and are a treat for fellow fans., opens a new window 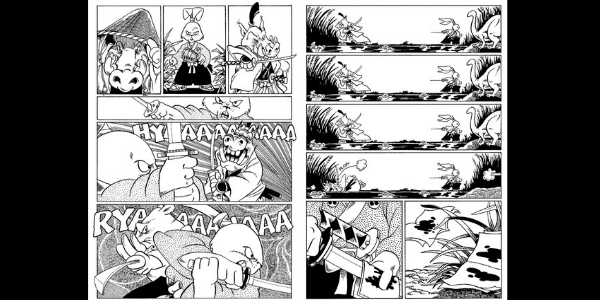 Speaking of lovingly rendered, UY’s art is crisp, readable, and eminently endearing. In spite of the funny animals, Sakai’s take on feudal Japan is largely a serious one—characters face injustice, deaths are permanent, and the stakes are high—but he’s also prone to silliness and playfulness that results in all sorts of sight gags. The most memorable of which is a speech bubble filled by a species appropriate skull when a character dies. You’ll be seeing those skulls a lot, but for a comic with such a high body count, the artwork is never overly grim or graphically violent.

The large scale battles and smaller scuffles are plenty exciting, but some of my favorite moments in the comic are simply panels of Usagi out in the Japanese countryside. Sakai’s backgrounds and nature scenes are often worth a second (or third) glance and cement UY in living and breathing spaces. 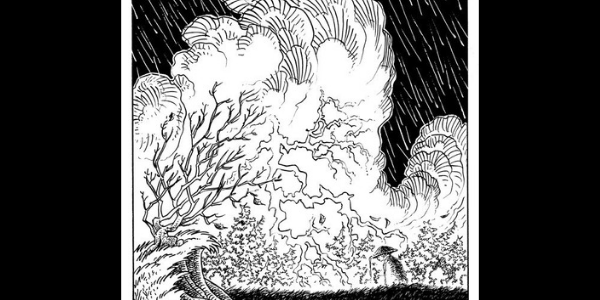 Wandering through Japan with Usagi and co. in a story that’s been in the making for longer than I’ve been alive has been a real treat. It’s a series anyone, young or old, can enjoy. Start in the beginning or the middle or the most recent collected edition and be transported. And then keep reading as the journey continues, opens a new window; earlier this year IDW began printing monthly issues in color. Barring infrequent special issues, the series has been black and white for decades.

Here’s to a bright and colorful future. May it last another 35 years.