I never thought I’d work at a library. I never expressed a dream of becoming a person who manned a big wooden desk in a library, shushed small children and/or physically handled thousands of books in the long, quiet, dimly-lit hours of my future adult life.

When I was little, the thing I cared most about was art. I thought of myself as an artist since the languid days of scrawling with crayons while sprawled in my corner of hardwood floor lit by afternoon sunshine. Later, I learned to love writing, too, and reading, and that’s when I encountered libraries.

I loved libraries! But I didn’t want to work in them.

Libraries were a supplement to my interests, but never the focus. My fiercest passions were in the things that populated the shelves of the library. How it was run, who ran it, and what other visitors like myself did there when they went to the library —  all were things that never occurred to me to ponder, just as it didn’t occur to me to wonder whether capitalism would ultimately squash my dreams of becoming a "professional artist."

If I’d known what libraries would become in the future, how my little world of art and writing would ultimately intersect with bigger shifts in technology, I may have sung a different tune.

And yet now I work at a library and I am fiercely passionate about libraries. How the heck did this happen? On days when all I want to do is crawl back into my corner of hardwood floor and lose myself drawing elaborate worlds with nubs of waxy pigment, I ask myself that question.

Why do I choose to spend 90,000 hours of my life at a library vs. traversing the globe participating in literary movements or endeavoring to write a graphic novel? When did libraries become my laser-like focus vs. libraries hanging out helpfully but perhaps blurrily in my peripheral vision?

I never thought I’d work at a library. I mean, a blockchain administrator never dreamed they’d relish swimming, Scrooge McDuck-style, through virtual pools of bitcoin. So, the partial answer to the question, “How did I get here?” has a single-word answer: Technology.

Libraries used to be umbrella shops

A long time ago, I was in the city of Paris in November. Every afternoon featured sagging gray clouds reflecting limply in the Seine, swelling until they broke open in the daily downpour. I had no umbrella. During one torrential afternoon rain, I ran down a cobbled street and ducked into a shop doorway to catch my breath under an awning. In the shop window: umbrellas. In the shop’s interior: rows and mounds and fields of umbrellas. Provencal floral patterns, straight-laced Burberry, large sun shades and tiny wristlet accessories. Umbrellas galore! I’d taken shelter from the rain in an umbrella shop that exclusively sold umbrellas. I patted my pocket for the jingle of Francs and bought one.

That umbrella shop was what libraries used to be. Small books, big books, books with pictures, books that contained musical notations rather than words, books in several languages, books on tape, books on CD, talking books, plus music and film. Libraries were the perennial literature specialist going back to Alexandria, and the fact of their reign was indisputable. When you wanted to run into the shelter of a book, hopefully fate put you in the vicinity of a public library.

Libraries used to be umbrella shops but now they are IKEA

My first memory of a library was the Janesville Public Library in Janesville, Wisconsin (now the Hedberg Public Library). More specifically, I only remember the exterior of the library since my family rarely visited. I have a vague memory of a flat mid century building and the knowledge that, at some point, our fines were too steep for us to pay off. I knew it had books and I knew I wanted to go there, but had to settle for the school library at Washington Elementary. I’ve written about the kinds of books I got from the school library back then and you can guess they weren’t earth-shattering works of literature. For a scrawny-legged, dirty-faced kid in a struggling industrial town before the dawn of the digital age, the school library was enough. When it rained, the library offered books, and books were the only umbrella I needed. 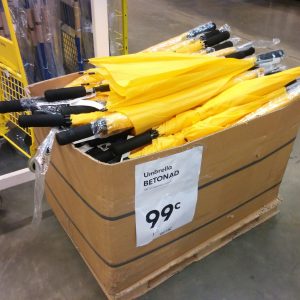 I dunno what happened to the umbrella I bought in France. It was lovely -- black with delicate purple flowers. The most recent umbrella I purchased, though, was from the IKEA in Merriam, Kansas, along with a clear-lidded pot, some towels, and a Zanzibar Gem.

Libraries are like that IKEA now. They must offer not only books but also educational programming, internet access, research databases, tech support, free meals, expertise, meeting spaces, community and health resources, you name it. The advent of the internet demanded more of public libraries, shifting the emphasis away from books, although, any librarian will tell you, books remain our bread and butter.

Shout-out to the libraries of yesteryear

Every once in awhile, some blowhard comes along, shouting into the void about how the world no longer needs libraries. People can get in a kerfuffle about how the tax dollars are spent, and rightly so. Libraries must employ impeccable stewardship of tax allocations, often resulting in sizable returns on investment. But the oversimplified line of thinking that goes, “why should my tax dollars go toward supporting a warehouse full of books?” -- is one that quickly reveals whether or not you’ve been paying attention.

Once I began using art and storytelling in service of "marketing" libraries about five years ago, I learned how unlikely their survival amidst the shaky stratum of public services. I learned why libraries are so essential to their communities, how librarians act as both “second responders,” and “first responders” in a very literal sense. But this isn’t an easy job. People still think the library is a “book warehouse.” According to the Pew Research Center:

23% of those who have ever used a public library said they feel like they know all or most of the service and programs their library offers, while a plurality (47%) said that they know some of what it offers. About one in five (20%) say they don’t know very much about what is offered, and 10% say they know “nothing at all.”

I was pretty much the same way before I worked in a library. I knew little to nothing about them except, obviously: books. But, the truth is, the library had changed over time.

That first library in Janesville, Wisconsin, wasn’t my only introduction to a slow-growing love affair.

In Chicago, my local branch offered plenty of books on the obscure topic I’d selected for my science project.

At the Rockford Public Library, I found privacy and a quiet refuge from my large, noisy family overspilling the tiny house we lived in.

At the Skokie Public Library, an entry place into poetry and the “classics.”

The Uptown Branch of the Hennepin County Public Library was a place to access my brand-new email account, and in Topeka, Kansas, I’d go to TSCPL to type and print my college papers and found so many of the books that changed my damned life forever. 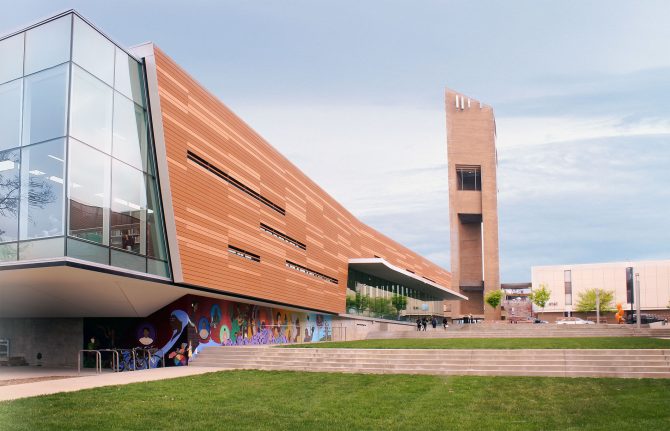 Here in Lawrence, this leg of my ongoing love affair is still warming up.

Ultimately, my trajectory zeroed in on libraries because I’m into art and stories, both of which can be found here in spades. I’ve had a passion for those things since the days of crayons and paper on the hardwood floor. These days, I'm also passionate for web design, animation, web analytics, digital publishing and all that is technological, internet-y and in some ways, still challenging and new.

For anyone alive in the 21st century, the strongest winds of change make landfall in the form of technology. Technology has had seismic impacts on how humans acquire and organize access to literacy. Libraries are seriously innovative when it comes to technology, and that's something I really admire.

If you’re anything like me and you have a love affair with libraries, try doing this: Think back to that first library. Where were you at in your life then compared to where you are now? Ask yourself what’s changed about your relationship with the library since then. Chances are, you never saw any of it coming.

-Leah Sewell is a Marketing Assistant at Lawrence Public Library.