Bruce Springsteen’s 70th birthday—September 23—seemed as good a reason as any to pester my coworkers with an all staff three question survey about the Boss.

Here’s an unofficial look at the library’s Springsteen stances.

Q1:When was the Boss at his dreamiest?

As you can see above, about half of the library’s staff didn’t answer, but a super majority of those who did believe that the Boss was his hunkiest in the 70s and 80s. Count me in. I’m a seventy’s fan of this seventy year old man who’s still mighty hunky. 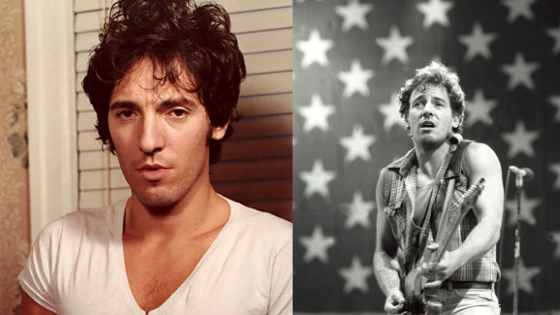 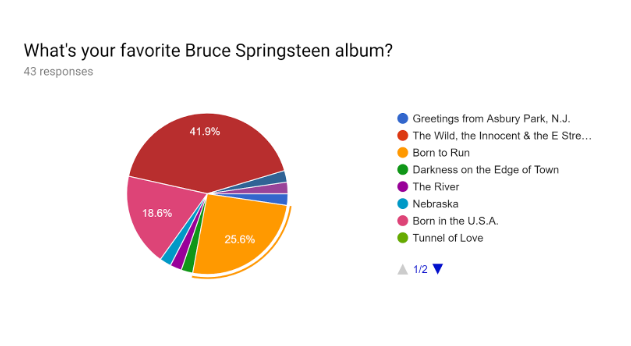 When it came to favorite albums, a plurality of form fillers (41.9%) said they don’t listen to Bruce Springsteen. More’s the pity. But among the listeners, the Borns took first and second place. To Run with 25.6% and In the USA with 18.6%. In the Darkness on the Edge of Town, my personal favorite, got two and a half votes (somebody—JAKE—couldn’t decide between it and The Wild, the Innocent, and the E Street Shuffle).

I asked resident Springsteeners Jake V and Dan C to write up 70 word blurbs—they both went over—on our poll winners: 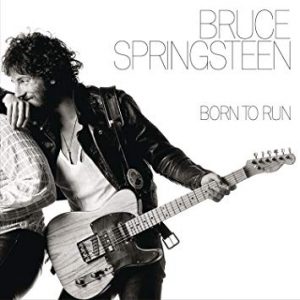 From the first words of the first song of his first album ("Madman drummers bummers and Indians in the summer...") we knew that Springsteen could write, but Born To Run seriously rocks.

Halfway between Woodstock and MTV, it's a coming-of-age album of Jersey beaches, cars, blue-collar blues, and, of course, love. One of the greatest rock albums ever, packed with wails and whispers, novelistic songs, and hemi-powered riffs. With sax.

Go listen to it again. – Jake 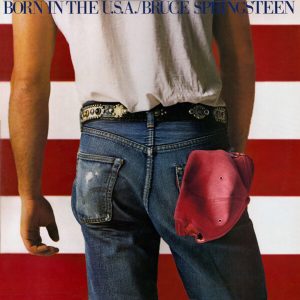 Hero and anti-hero, Bruce Springsteen always has it both ways, and on no album does he pull this off so well as Born in the USA, where he manages in nearly every song to speak for all of us losers and still be the coolest guy in the world.

James Dean with a guitar: what more can you ask of a rockstar?

He is “The Boss” who gives voice to reveries of a road gang worker (“Working on the Highway”), the icon who doubts his own clothes, hair, and face (“Dancing in the Dark”), and the patriot who enumerates the sins of his own country (“Born in the USA”), all the while backed by the “house-rocking, earth-quaking, booty-shaking . . . leg-end-ary E Street Band,” Rock and Roll Hall of Fame inductees in their own right. The Boss’s bestselling, and among his greatest listening albums. – Dan

They all sound the same – a likely disgruntled LPL staffer

Q3:If you have a favorite Springsteen song what is it?

The answers here were pleasantly diverse, but “Born to Run” took the lead followed closely by “Dancing in the Dark” and “I’m on Fire.” I wasn’t surprised to see “Tenth Avenue Freeze-Out” break the top five, but “Pink Cadillac” caught me off guard. One all capitalized and exclamation pointed “BADLANDS!” gets a shout out for enthusiasm.

Your heart picks up the railway rhythm as the first notes drop. Sauntering toward you, he leans close. Shoulders touch and untamed curls caress your cheek as his low whisper vibrates into you, “Hey little girl, is your daddy home…” Sweat gathers on your nape, fists clenched in longing when his lips brush your ear to confess “I got a bad desire…” You go up in flames. I’m on Fire.

Kevin on “Dancing in the Dark:”

The hit Bruce never meant to write ultimately lead to global super stardom, and transformed him from a blue-collar troubadour to an inter-generational icon. What would’ve happened to Born in the U.S.A or the Boss's trajectory if not for this absolute banger? When the gentle pulse of that synthesizer grabs you, don't even try to resist an arm swaying two-step with a little spin-move thrown in for flair.

Which leaves me with “Born to Run.” Here goes:

My favorite interpretation of “Born to Run” is that it’s about Doug and Adele Springsteen, the Boss’s folks. Doug had an infamously rough relationship with his wife and kids that was complicated by the man’s mental illness. When Bruce was only 19, his parents, always devoted to each other, packed their bags and headed to California searching for sun and a new start. Also, the music’s rock and roll perfection.

Happy belated birthday to the Boss from Lawrence Public Library.