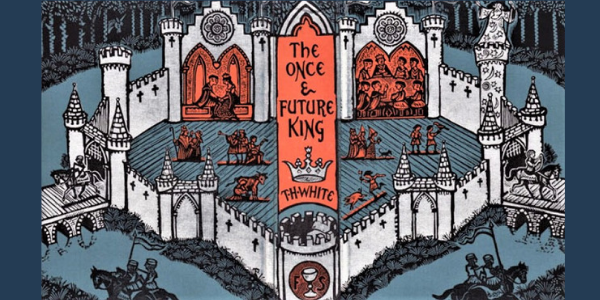 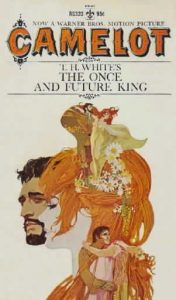 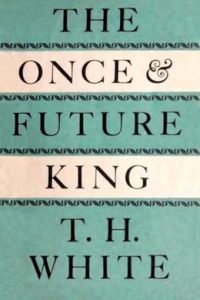 As for the story, it begins with a young “hero worshipper” called “the Wart, because it more or less rhymed with Art, which was short for his real name.” Young Arthur is a sweet, unassuming boy blissfully unaware of his destiny to become Britain’s greatest and most tragic king. Initially the book is concerned with his “eddication” by Merlyn and is literally and figuratively magical. White can be remarkably funny, and he deftly employs humor to create a whimsical (and often anachronistic) alternative to the historical “dark ages” with which most readers are acquainted. The idyllic, quasi-historical setting serves as a backdrop where the Wart and Kay, his foster brother, can explore, scrap, and adventure. Later, the picturesque castle of Forest Sauvage is left behind, and we enter the wide and often brutal kingdom of Gramarye. 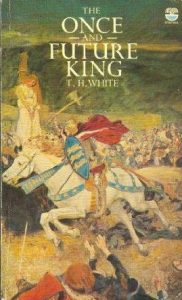 White was well-versed in misfortune. He had a troubled childhood, and lived through both World Wars. He was an agnostic as well as a conscientious objector of the second World War, moving to Ireland to avoid it completely. A closeted gay man in early twentieth-century Britain, he once wrote to a friend, “It has been my hideous fate to be born with an infinite capacity for love and joy with no hope of using them." Born into a society that rejected him, White never found someone with whom he could share his life, but that “infinite capacity for love and joy” can be felt in the humanity he infuses into each of his flawed characters. 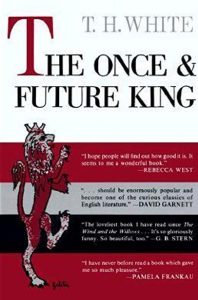 Arriving at Camelot, White bittersweetly narrates the stories of the Round Table, the confused childhood of the Orkney clan, the love affair between Lancelot and Queen Guenever, the holy trials of the grail quest, the wars and feuds of noble houses, and Camelot’s slow decline. All the while, he philosophizes over themes of education, justice, war, pacifism, faith, and love without ever losing his particular joie de vivre.

The Once and Future King is a tragedy lovingly interpreted by someone intimately acquainted with grief.² And, for me, it’s absolutely unforgettable.

¹ A fifth novel, The Book of the Merlyn, opens a new window, was posthumously released in 1977. Originally turned down because of wartime paper shortages and its stridently anti war message, White incorporated its best parts into the Once and Future King.

² If you’re interested in T. H. White, read Helen Macdonald’s H is for Hawk, opens a new window. After her father dies, a grieving Macdonald, a longtime practitioner of falconry, decides to train a ferocious young goshawk. Having never trained this particular species before, she intends to rely upon T.H. White’s The Goshawk, opens a new window as a manual of sorts, but ends up learning more about the man than about being an austringer. In a rave review, opens a new window for H is for Hawk, Kathryn Schulz of The New Yorker described the work as “one part grief memoir, one part guide to [goshawks], and one part biography of [author] T. H. White.”