Pride Month has come to a close, and I spent most of June doing what I have done for all of 2019: reading queer romance. 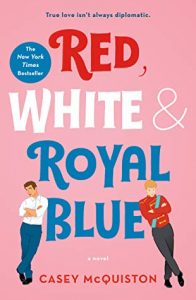 It's become a bit of a joke around the office, really. Fellow Book Squad members will come across a book while shelving, or while digging through the piles of Advanced Reader Copy books we are blessedly overrun with, and they will hail me at my desk while I am hunched over like a goblin, loudly clacking away at my keyboard. Most likely behind on my work, but aggressively catching up thanks in part to the large iced chai with soy waiting patiently whenever I need a sugar rush and a caffeine boost.

My co-workers will smile at me, I might hiss out a greeting, and they'll ask, "Have you seen this book?" My first reaction is, always, this: "How gay is it?!!" It's gotten to the point where if anyone is brave enough to approach me while I am totally in the zone and definitely terrifying, they'll start off the conversation by saying, "It's queer!"

Focusing most of my reading attention on queer romance has been a conscious decision on my part. In a world where sometimes it feels overwhelmingly difficult to identify as queer and non-binary and Latinx, queer romance allows me to escape into stories in which characters I relate to get to be happy. So often in the real world, and even in fiction, LGBTQ+ folks/characters and their stories are connected with tragedy. Their joy isn't often recognized. Which is a shame, really, because it is nothing if not joyful to be able to live my own truth. 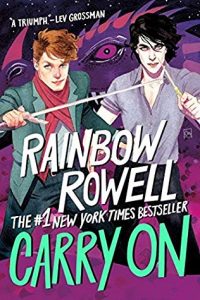 Carry On was the very first book I ever read that featured queer characters who were allowed to be happy. It was mind-blowing. Life-altering. I've spoken about my obsession with this book on the blog before, and looking back, it makes sense why Simon and Baz are so outrageously special to me: their story was the first one in which people like me have a story that ends well. I read that book in May of 2016. I came out, to myself and to my partner, only a month later, while I was overwhelmed with grief reading news of the Pulse shooting. Stories featuring people like me don't always end well, which is brutally unfair, and something I will never not be full of rage about.

The first technical grown-up queer romance novel I read was The Magpie Lord by K.J. Charles. I quite enjoyed the infinite amount of sass Lucien seemed to possess, how justifiably angry and miserable Stephen Day was as a character, and all the magic in the universe Charles created. She's the author who made me realize romance novels aren't all shirtless men standing behind half-naked women, their hair both blowing in the wind. (Though don't get me wrong, those romance novels can also be extremely fun, but just aren't My Thing And That Is Okay.) 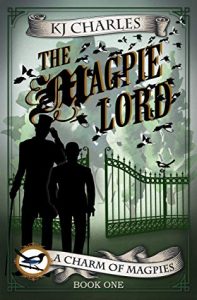 K.J. Charles is a name that has been brought up on this blog (by myself and others) time and time again because she is phenomenal. Her books are radical, feature fierce and lovely and complex characters, and her prose makes it apparent that she is painfully aware of the injustices of our flawed world. She makes up for that by providing a welcomed escape into stories where those fierce and lovely and complex characters of hers experience growth and adversity and immense change and always, always, come out on the other side. Her post on her own website about happily ever afters in historical romance made me practically sob in relief, because queer people deserve HEAs, too, in fiction and in real life.

Since 2016, I have read dozens and dozens of queer romance, the bulk of which were read during this year alone. Part of that was because I read The Raven Cycle and fell so hard and fast for Adam that I decided I deserved to read more queer stories that made me feel grounded and blissfully content. And for an author who has expressed she has no interest in writing romance, Maggie Stiefvater has written one of the most beautiful love stories I have ever read and has created two characters that will live in my heart forever: Ronan with his outward surliness and inward softness; Adam, who just needed someone to see him for him. Glorious. Gorgeous. 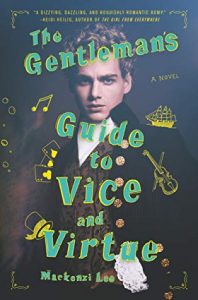 I recently re-read The Gentleman's Guide to Vice and Virtue, the whole theme of the book being Be Kind. To yourself, and others. An important novel for teenagers and adults alike, as the story involves Monty learning how to not be such a trash monster, learning empathy and respect for others, and by doing all of that, finally learning how to accept himself. Percy is, perhaps, the cinnamonest of all cinnamon rolls. He is perfection personified. This is one of those books I wish I had as a teenager, because maybe I would have realized some truths about myself long before tragedy compelled me to be honest with myself.

I grew up reading fantasy novels, and I have become a grown up who continues to read fantasy novels. Only the fantasy novels I regularly consume are far more romantic than I used to read. Romance as a genre is often misunderstood. It's one of those genres where people will say, "I read everything, except Romance, ugh." Whereas I often say, cheerfully, "I pretty much exclusively read gay romance!!" Right now, for instance, I am slowly enjoying Red, White & Royal Blue which is another momentous reading experience, as I have never read a book from the perspective of a queer Latinx character who gets to be happy.

Because queer people deserve to be happy. In fiction, or otherwise.