Trust No One, an anthology curated by Jonathan Maberry, is a love letter for fans, new and not so new, of the realm of The X-Files. The fifteen stories are, in essence, episodes themselves expanding on storylines and involving notable characters. This unabridged collection with a running time of just over fifteen hours is adeptly read by Bronson Pinchot and Hillary Huber, and it flows so seamlessly that you may just experience lost time. As Maberry voices in its introduction, “Every author here has been hand picked for their love of the show, their understanding of how The X-Files ticks and for the quality of their storytelling.” The title may suggest to trust no one, however, trust that Maberry has placed you in capable hands.

A key element of success for The X-Files has been the delicate balance of science fact with science fiction. With each outlandish case, or creature, there lies enough truth to not completely discount the supernatural. Now, combine these with a Hitchcockian level of suspense, and you have a winner.Trust No One abounds with these same characteristics: Mulder/Scully banter, as well as seemingly impossible creatures, and situations that can only exist in The X-Files universe. This collection touches on minor, yet unforgettable characters, such as: Assistant Director Walter Skinner, Alex Krychek, the Cigarette Smoking Man, and Arthur Dales.

“Dusk” by Paul Crilley, who penned the The X-Files: Conspiracy comic, brings a plot that feels like Twilight meets The Blair Witch Project. This story reads like an episode of The X-Files, with believable characterizations, and welcomed internal monologues. “Loving the Alien” by Stefan Petrucha, another contributor to the X-Files comics, contains an Agent Scully-centric storyline that continues an arc established in the television show. Here, she is still recovering from a major illness, yet Mulder has gone missing, leaving Scully the only one who can locate him. Petrucha’s tale wonderfully demonstrates Mulder’s influence on Scully’s investigative methods and deductive reasoning. Further recommended selections are, “The House on Hickory Hill” by Max Allan Collins, and “Statues” by Kevin J. Anderson, an author of early novelizations of The X-Files. 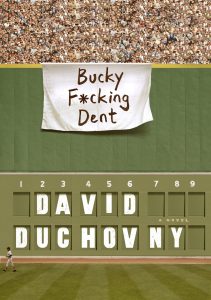 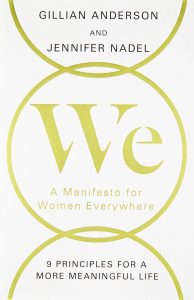 Since 2008, David Duchovny and Gillian Anderson have certainly not been idle. Aside from appearances on stage, as well as on screens big and small, they also have had their own turn as authors. In 2015, Duchovny penned Holy Cow, and this spring, will release another book, Bucky F*cking Dent, involving the author’s favorite pastime, baseball. In addition to author and actor, Duchovny can add musician to his resumé, having released an album titled Hell Or Highwater, which can be streamed using Lawrence Public Library’s new digital service, Hoopla.

Gillian Anderson, when not appearing on stage as Blanche DuBois in A Streetcar Named Desire, has published two novels with Jeff Rovin: the first part of a trilogy known as the Earthend Saga. In Fall 2016, she will release another book titled, WE: A MANIFESTO FOR WOMEN EVERYWHERE, co-written with journalist Jennifer Nadel. WE is call to empower women toward living a happier and more fulfilled life. Even William B. Davis, the actor known for playing the Cigarette Smoking Man in The X-Files, has penned a memoir!

Also, two Young Adult prequel novels focusing on pivotal turning points in Fox Mulder and Dana Scully’s teenage years have just recently been announced this month. These will be written by Kami Garcia and Jonathan Maberry, respectively, and are slated for a simultaneous release in January 2017. Coincidentally, The Truth is Out There: Book Two, released this month and again curated by Jonathan Maberry, features Kami Garcia among many others. 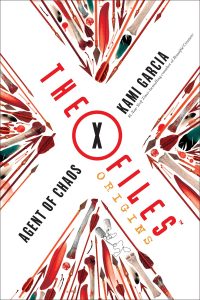 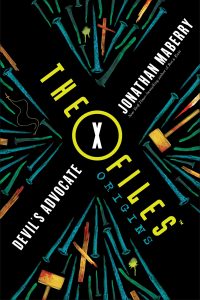 Akin to the television program, Trust No One wields the power of suggestive storytelling like that found in campfire stories. Over the years, the show’s creator, Chris Carter, has maintained that the mere suggestion of the unnatural lurking in the everyday provokes a more powerful mental image than those a camera, or computer, could ever convey. This is what makes an audiobook format a successful choice for this anthology.

Jonathan Maberry states, “These are not tales to pass a casual afternoon. These are tales with teeth and claws and, well, you’ll have to discover that for yourself;” I am inclined to agree. With the release of Trust No One, as well as The Truth is Out There, a collective breath brings new life into an area that bookish fans of the program have sorely missed. So, whilst avid fans wait with bated breath as to the possibility of more episodes or a potential film, the future remains, as ever, unexplained.