Not too long ago, I was having a discussion with my book club members, and one of them mentioned that she wanted to place an item on interlibrary loan, but she was embarrassed and worried that anyone who saw the book would judge her.

I laughed and exclaimed to the entire group (we are a rowdy and colorful bunch of people) that there is no need to be embarrassed of anything she ever requests from another library, because at one point in the near past I have checked out every available season of Kate Plus 8 through ILL.

You know, that one terrible but highly entertaining TLC reality TV show about an obsessive compulsive mother, her eight children (one set of twins and one set of sextuplets), and her at-the-time husband who every now and again does a scathing interview with E! to make a quick buck? You know, the Gosselins? Yeah, THAT show.

Now that revelation was so “embarrassing” that the entire room laughed, and someone even made the joke that I should never be willing to admit that kind of information in public. The thing of it is – I make revelations like that all the time. Feel free to ask me my opinion on every single one of the Kardashians. I could talk for DAYS about them. There is no shame in my game. I will happily watch trashy reality TV series with a smile on my face and an overly produced pop song in my heart. 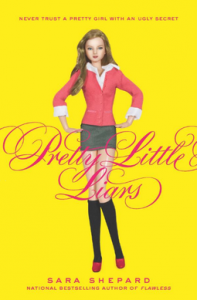 That experience with my group got me thinking, though. How many of us don’t want to talk about the things we love, because they are consider “lesser” and “bad taste”? The type of content I’m talking about is often marketed by that phrase I absolutely detest: “guilty pleasure.”

I resent that phrase because it implies that enjoyment is somehow wrong because of the perceived social stigma or overall “quality” of the work. It’s okay to love something, even though it’s considered terrible by the smartypants you encounter on the bus who won’t stop rolling their eyes at your werewolf erotica.

So, to make everyone feel a little braver about their own particular taste in books, TV shows, movies, and music, here are a few of my favorite things / confessions.

This is a book/television series about four girls who used to be, like, total besties, but then stop being friends after the mean girl who led their perfect hair gang disappeared. A year later (or several years later, in the books), her body is found, and suddenly all the remaining girls get a mysterious text from someone called A, who somehow knows all of their secrets and threatens to expose them, for some reason?? It’s absurd.

Why is someone so consumed with ruining the lives of four random teenage girls? How is it that A is somehow capable of Cold War level spying? How is anyone supposed to believe that these actors playing high schoolers aren’t actually 30-years old?! Nothing about this show makes any sense! It’s a hot mess from episode one, and it just continues from there. At one point, the actor who plays Ezra* actually has spray-painted abs. It’s sooooo gooood. I laugh-cried.

*As fun as the show is, it’s never okay to romanticize a teacher/student relationship. It’s creepy and illegal and problematic. Stop the nonsense. 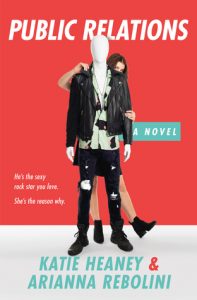 One Direction is fabulous.

It’s not like my love for boy bands is new. I did grow up in the 90’s/early 2000’s after all – a time when boy bands roamed free and denim suits were appropriate red carpet wear. I can belt out *NSYNC and Backstreet Boys lyrics like the best of them.

My infatuation with One Direction, however, is pretty recent. There are no rose-tinted glasses with this group, having grown up with them. Oh no. I became a willing fan at the ripe age of 25, after reading the book Public Relations by Katie Heaney. The love interest in the book (Archie Fox) is an obvious and delightful reference to Harry Styles. Reading that book finally made me finally understand the appeal. I completely get it now.

In fact, I am so un-embarrassed of my intense love for Harry Styles that I played his album non-stop in the car, to the point that now my boyfriend loves the album. I am so un-embarrassed about loving Harry, that I will be going to see him live in concert next year, with my gal pal Meredith. It hasn’t quite set in yet that I will get to see that perfect hair in person, but I can guarantee you I will start sobbing the second he starts playing “Sweet Creature.”

I never want to hide my love for a TV series or a book or music because of what people might think of me. I want to truly enjoy it with all my being, even if it is silly or vapid or ridiculous. Because sometimes I can be silly, or vapid, or ridiculous. We as humans are imperfect creatures, and it’s perfectly okay to love something with your whole heart, even if other people think it’s foolish. There’s no need to be embarrassed.