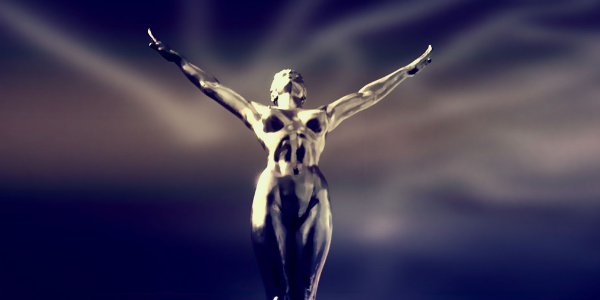 I’m the mother of an infant and a six year-old and I’m tired. Very, very tired. Not just physically tired, but mentally tired. Something about motherhood I didn’t quite expect is the worrying. It wears you out. Not the worries you might expect like, Is my kid going to run out into the middle of the street? I’ve struggled more with the internal doubts—Am I making the right decisions? How (not if) am I going to mess up my kid? I don’t think I’ve ever been as insecure in my life until I became a parent.

I certainly wasn’t prepared for the minute-to-minute decisions you have to make when you’re asked "Can I have a third dessert?", followed immediately with "Does God exist?"

When I was a little girl, and my mother was dealing with us hooligans, I get the sense there wasn’t a lot of open conversation about how challenging it can be to raise kids. Don’t get me wrong, my Mom had a close-knit group of friends with kids and I know there was lots of “real-talk” during play dates, but on the whole the knitty-gritty, day-to-day of being a mom seemed to be just a society-wide open secret. I have such vivid memories of my Mom on her hands and knees, cutting hair, string, candy, and god knows what other disgusting items stuck to the vacuum roller. I can’t imagine she foresaw this as part of her plans when she was a theatre major in college, with aspirations of performing on Broadway. (If you’re reading this, Mom, thank you.)

Fortunately for me, there is quite a bit more available that captures modern motherhood with a bit more realism than in the past. Podcasts like One Bad Mother, opens a new window, F this Playdate, opens a new window, The Longest Shortest Time, opens a new window, just to name a few. And the parenting section of the library has way more "the struggle is real" type books than ever before. While at work I’ve shelved titles like Confessions of a Slacker Mom, opens a new window and Sippy Cups are Not for Chardonnay, opens a new window. Unfortunately, due to the aforementioned humans, I have not had time to read these books, but I have managed to sneak some moments without dozing off to read, watch, and frequent some great mother-y content.

The first is the novel Jell-O Girls, opens a new window by Allie Rowbottom. Although Rowbottom’s upbringing was quite different than mine, I found the elements of coming-of-age, feminism, motherhood, family tragedies and Jell-O mold recipes intriguing and quite entertaining. Largely based on her mother’s memoirs, Rowbottom tells the story of her family’s history as descendants of the Jell-O fortune and growing up with the “Jell-O curse”—so many of the family members grapple with alcoholism, suicide, and poor money management that the family believes they are cursed by the very product that made them so wealthy. You might be thinking, Do I want to read a book about a rich, white woman complaining about having too much money? But, I promise, the story was captivating and tackled topics that are unique and identifiable to women and mothers, regardless of your background.

Interested in a raw glimpse into motherhood? Check out the movie Tully, opens a new window. Diablo Cody, known for Juno and Young Adult, writes a realistic portrayal of one woman’s experience in motherhood. While it may not be for every mother, I found it quite relatable. Almost too relatable. In fact, I probably shouldn’t have watched it during my maternity leave. It got pretty intense and hit a little too close to home. But I did find myself recommending it to everyone, somewhat desperate for people to understand what I was experiencing.

Finally, I’d like to suggest the health and wellness resources we have available at the library. As a mother, I’ve often felt that the minute I think I’ve settled on the right choice, another article comes out basically saying I’m going to kill my kid unless I do just the opposite. Using the library’s databases and other resources puts my mind at ease. The Health and Wellness homepage has everything from local resources, like Lawrence-Douglas County Health Department, to medical databases like PDR Health to help with accurate medication dosage.

So, for all you parents out there, you are not alone. Let’s give each other a break and remember we’re all doing the best we can. And for any kids reading this: next time your parents are vacuuming while you watch TV, lift your feet without them asking.