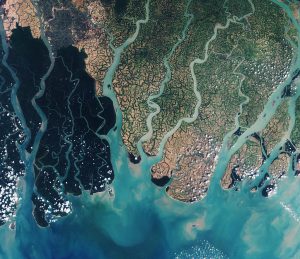 Odds are you’ve heard that the indigenous peoples of the Arctic North have dozens of words for snow. A contentiously debated subject since anthropologist Franz Boaz described his experiences living with the Inuit in his 1911 Handbook of American Indian Languages, linguists have more recently acknowledged that what they once considered urban legend is truth: given the importance of snow and ice to their way of life, the Inuit, Yupik, and Sami peoples’ languages offer a kaleidoscope of words that precisely describe specific types of snow.

Not surprising, really (yeesh, linguists!): Languages grow and change to suit the needs of the people who use them, to allow speakers the means to discuss the conditions of the time and place in which they find themselves.

Merriam-Webster lexicographer Kory Stamper’s Word By Word: The Secret Life of Dictionaries provides a (for this librarian, seriously envy-inducing) window into her work considering words: tracking and describing the changing landscape of the English language. Stamper makes clear that, contrary to commonly-held belief, dictionaries are not intended as the final word regarding the meaning of a word, but rather are a means of tracing and documenting the quicksilver mutability of a living language.

Stamper urges us to “Think of English as a river. It looks like one cohesive ribbon of water, but any potamologist will tell you that rivers are actually made up of many different currents--sometimes hundreds of them. The interesting thing about rivers is, alter one of those currents and you alter the whole river, from its ecosystem to its course...Each of these currents is doing its own thing, and each is an integral part of English.”

If Stamper’s book puts you in the mood to further indulge in the rich tapestry that is language, you might also take a look at Yee-Lum Mak’s Other-Wordly: Words Both Strange and Lovely From Around the World. Mak’s lovely tome, beautifully illustrated with cozy, atmospheric scenes by Kelsey Garrity-Riley, offers an assortment of words that illustrate the complexity of emotions; there's “Hiraeth [noun, m, Welsh]: A homesickness for a home to which you cannot return, a home which maybe never was; the nostalgia, the yearning, the grief for the lost places of your past” and the precise shades of meaning that words can convey (“Sturmfrei [adjective, German]: lit. ‘stormfree’; the freedom of not being watched by a parent or superior; being alone at home and having the ability to do what you want.”)

As someone who loves the written word and has been a voracious reader almost all my life, it was also a pleasure to encounter so many beautiful English words I’d never seen before. Did you know that we have a word specifically for “the sound of the wind through the trees”? I didn’t. How lovely to discover that we do.