Have you ever picked up a memoir and felt completely seen? Completely understood? Like someone had been taking notes on your life and caught things that even you missed? That’s how reading Sarah Smarsh’s Heartland: A Memoir of Working Hard and Being Broke in the Richest Country on Earth was for me—illuminating and emotional. While my family came from Iowa, this book resonated with me all the same, and I think it will for many of us here in the Midwest. Luckily for Lawrence, Smarsh will be talking about Heartland on Tuesday, September 25th at 7:00 pm, at Liberty Hall. 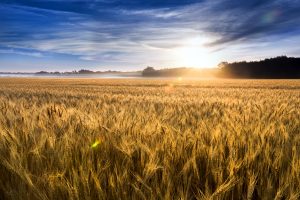 Heartland explores the lives of the last three generations of Smarshs to inhabit their family land near Wichita. The conceit she uses to tell the story is that she is both listening to and speaking to a still small voice that fortifies her, a voice she comes to think of as the baby she would or would not have and who would guide her decision making over the years. When decisions large and small loomed, she asked: what would I tell my daughter to do?

Ironically, in doing so, she ensured no daughter ever existed before Smarsh herself was able to reach velocity and “escape” from her roots. Teenage motherhood had been the hook that kept her smart, ambitious matriarchs from either forming or fulfilling their dreams. But despite her push to escape, Smarsh finds she keeps coming back in her work to Kansas, exploring the people and places that shaped her.

Smarsh, who grew up outside of Wichita and spent some time here in Lawrence, writes compellingly about the landscape of the plains and the people who have carved a life out of a beautiful, if sometimes unforgiving, part of the country. She juxtaposes the toughness of body and spirit it takes to work this land with the trauma and damage to that same body and spirit that poverty inflicts. The depiction of the Midwest in popular cultures as “backward,” “flyover country,” and “white trash” only serves to heighten the sense of not belonging in one’s own country, while at the same time, inspires the pride that those who work the land are the "real" Americans.

The division our country is feeling right now is in no small part fomented by a media who plays on stereotypes and soundbites to get clicks, leaving out any evidence to the contrary that progressive-minded working class people exist—and have more in common with people of color in the working class than they don't.

Much has been made of the role of the working in class in pushing our current political climate to become more divisive and accepting of bigotry. The theory is that the lack of higher education is what keeps the working class voting against their own interest, as well as feeling threatened by those who don't look like them. Smarsh pushes back against the idea that lack of education means lack of morals or good values and argues that it's poverty itself that narrows and constricts choices that are made, choices that from the outside of those constraints seem stupid or wrong. 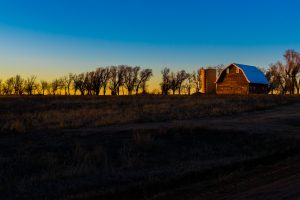 The personal is political here. No group is a monolith of experience and ideology, and such truth exists within the poor white working class, as well. Smarsh's family is a study in this contradiction. Violence and alcoholism exist beside tenderness and joy. Smarsh contends that the foibles of her family don't exist only in poor communities, but when the poor make mistakes, the cost is always higher; the ability to buy your way out of trouble or throw money at the problem doesn't exist.

I particularly appreciate that in Heartland, Smarsh takes care to address race as a factor in how difficult it is to escape generational poverty, effectively making those “bootstraps” we're all supposed to possess nonexistent. The memoir Hillbilly Elegy, published within the last few years to much acclaim, completely misses this point and (in my opinion) falls totally flat because of it. Smarsh, on the other hand, both “stays in her lane” in terms of who she speaks for while using her white (and now middle class) privilege to point out that poverty doesn’t affect all people equally.

Smarsh does a good job of moving back and forth between biography and sociological exploration, in the way that I think all the best memoirs do. Our lives are never lived within a vacuum, while our lens can only be shaped by our own experiences, often making it hard to see the entire picture. In Heartland, Smarsh takes the best of both genres to tell a persuasive story, leaving you with characters—the Smarsh Family—who will stay with you and perhaps a new lens through which to view the farming families you pass as you bump along Kansas (or Iowa, or other Midwest) roads.