“One of those could beat me,” said my son, Ray. I had just read an item from the morning paper declaring the Greenland shark to be the oldest living vertebrate species on Earth.

Between bites of his breakfast, Ray peered into a fishbowl full of freshwater clams he was training up for the Most Unusual Pet contest at the Vinland Fair. He’d been calculating his odds all week, worried he would lose if someone showed up with a monkey.

The paper said Greenland sharks could reach the age of 270, and probably older, a testament to life in the slow lane, since they dawdled along at a half mile per hour, dining occasionally (by which I mean once or twice a year) on seal or dead reindeer. I found them almost as comforting as Ray’s peculiar pets, which were, in evolutionary terms, 500 million years older than anything else living in our house.

I attributed my newfound affection for all things old to the fact that Ray was set to start kindergarten in just a few weeks. Not that the change was unwelcome. It had been a long summer. Ray and his little sister, Zia, had been within 20 feet of each other for most of it, and many who were foolhardy enough to enter that radius paid a heavy price. 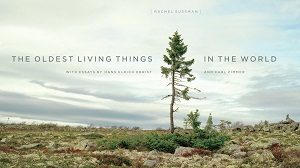 Still, when I heard about a library book called The Oldest Living Things in the World in which photographer Rachel Sussman documents the Earth’s most ancient denizens, I placed a hold on it immediately. After all, if a yucca plant could weather 12,000 summers in the Mojave Desert, I should be able to walk away from my oldest child on his first day of school. 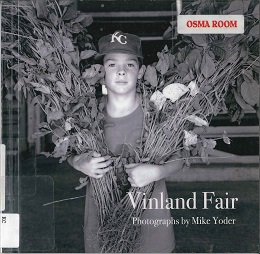 The Vinland Fair is a perfect antidote for anyone brooding about the passage of time, for there may be no other local event so steeped in history.  This year marks the 110th year of its chicken noodle dinners and scarecrow building contests, and if the slogan on my Vinland Fair t-shirt—“’Twas Ever Thus”—doesn’t convince you, the homemade pie, served through a slot in a screened-in refreshment stand which may actually be a portal through time back to 1936, is proof that some things never change.  No better photographs of the fair exist than those taken by Mike Yoder, whose 33 years of chronicling it would seem like a long time for any other subject. His book of fair photos is one of the true gems of the library’s print collection.

‘Twas ever thus, indeed. Kids who bring mucky fishbowls to the breakfast table love to compete in most unusual pet competitions. I know, I was one myself, and I can’t lie: I hoped Ray would fulfill my own shattered dreams of most unusual pet glory, for I had lost a similar contest three decades earlier, when an upstart guinea pig defeated my beloved leopard gecko, Leland (who, as the only non-mammal entry, and the only one who could lick his own eyeballs, I still contend was robbed).

Luckily, no guinea pig, monkey, or Greenland shark spoiled my son’s fun, and he carried the day with his clams. The Vinland Fair isn’t the kind of place for speeches, but if he had given one, Ray would have been right to point out the truism that behind all great pets are great women. His grandma found the clams on a visit to the swimming beach of a local lake, and honored his interest enough to help him home with them. As with Leland, for whom my mom regularly grocery shopped in the fresh cricket aisle of our local pet store, Ray’s mom was the real clam whisperer of our house. It was she who allayed our fears that we harbored America’s Most Wanted mollusk—the dreaded zebra mussel—when she identified the new pets as Corbicula fluminea, a species commonly known as the Asian clam.

Along the way she researched their proper care and feeding, and stumbled onto an illicit video of Corbicula fluminea lovemaking posted by a voyeuristic marine biologist. Although we watched it longer than we care to admit, it won’t be passing up VH1’s Dating Naked in the ratings any time soon, since the clams reproduce asexually and hardly ever move except to bury themselves.

In triumph we drove up out of Vinland Valley, across the Wakarusa River, and back into Lawrence on new roads. My eye picked out old roadbeds in the rearranged Baker Wetlands, where I had startled so many ducks and deer on countless runs with my dog when he was young, and where, in just a few months, I would be spreading his ashes.

He had been too frail to compete even in the “Prettiest Mature Dog” category at the Vinland Fair, but later that night I awoke to one of my favorite household sounds of the wee hours, when I heard him hobble down the hall to drink. His lapping lulled me back into a semi-sleep, and a Greenland shark hovered into view. Its vacant eye belied a wisdom earned of lurking in this frozen deep two centuries or more: To stop time is futile if such a life can merely slow it.

‘Twas ever thus. Old dogs pace in the night, parents lie awake wondering what the future holds, and kids dream of pets too unusual to endure the light of day. 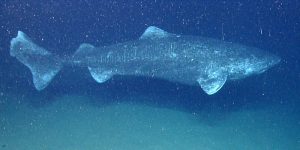