Every time I walk past the library’s new circulating board game collection, I remember all the spinners, dice, and busted game box corners in the basements of my childhood. We played the classics—Chinese Checkers, Connect 4, Risk—but also games that date me, based on TV shows I loved as a '70’s kid, like CHiPs and The Muppet Show. I want to play them all again.

I love that we’re circulating board games now. Like so many parents these days, I find myself in a protracted cold war against screens, and the magic of board games has been a surprisingly effective weapon against digital zombification. Whatever it is my kids get out of a good Minecraft build or a new episode of Peppa Pig, it doesn't compare with what they learn interacting around a common activity like a board game. There are no graphics here; you may get a cheesy picture on the box cover for inspiration, but it takes imagination to conjure a shared vision of what’s occurring on the board, and unlike in most video games, the rules won’t enforce themselves. Players must find a way to make the game work, or else chuck the rules entirely and play in new ways. When I think back, at least half the time we used game pieces in open ended flights of fancy having little to do with official instructions.

I saw my own kids do this a few weeks ago during a short visit to check out the rec center near their grandma’s new house, which turned into an hour-long project of building (then destroying) a city made out of the combined pieces of a Monopoly and Mexican train domino set, complete with buildings, roads, bridges, and, of course, housing and hotel developments of green and red plastic.

The Monopoly set was so old it still contained something called “The Parker Games Shopping Guide,” a catalog of board games available in stores circa 1974. A sociologist could write a dissertation unpacking this 7-page brochure, but it’s more fun just to laugh, wince, and covet. 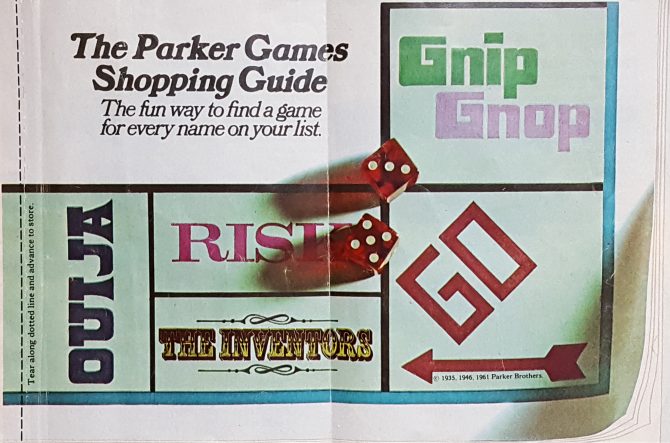 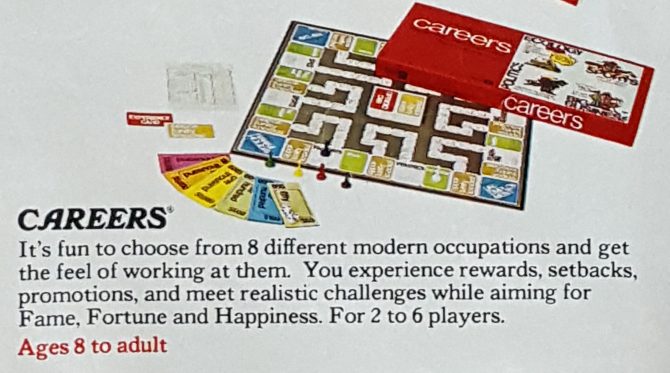 How about a game of Careers, in which players choose from 8 different “modern occupations,” like Farming, Politics, Uranium Prospector, or Going to Sea? Or we could play Billionaire (“First to own a billion-dollar empire wins. Takes under an hour.”). My daughter isn’t going anywhere near the Miss America Pageant Game, a “glamorous new game for girls,” and I have to concede that my smart phone makes Pro Draft's lamer version of the first hour of a fantasy football season look ridiculous. 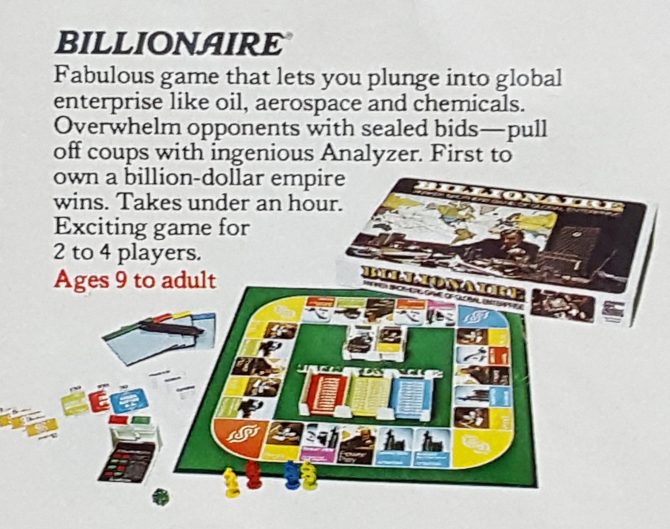 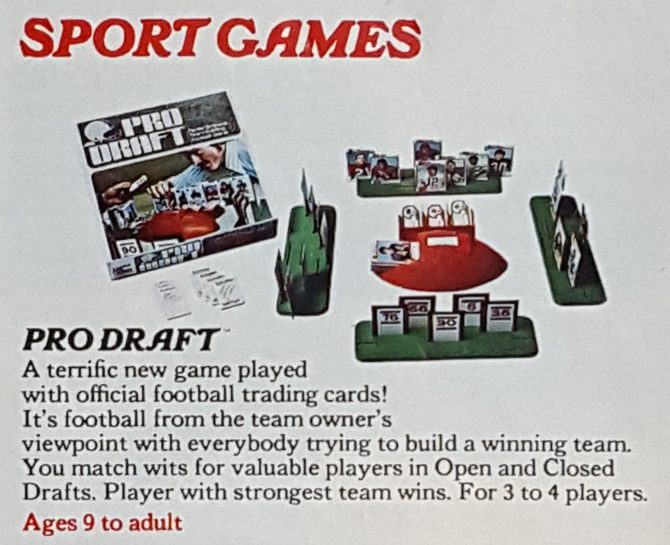 But then there’s Gnip Gnop, which reminds me how sadly few games anymore require players to “whack keys simultaneously.” And Sea Diver: “Squeeze sides of water-filled plastic tank to retrieve sunken treasures with grappling claw.” My kids need to play this as soon as possible. I do, too. Same for Charlie Brown’s All-Stars Baseball Game, Qubic, and Masterpiece. 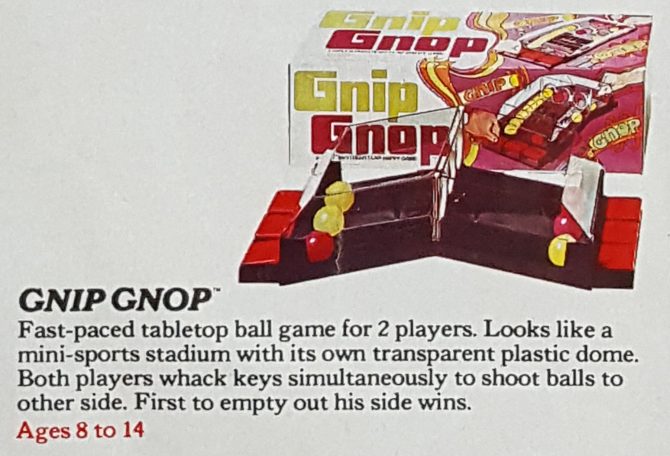 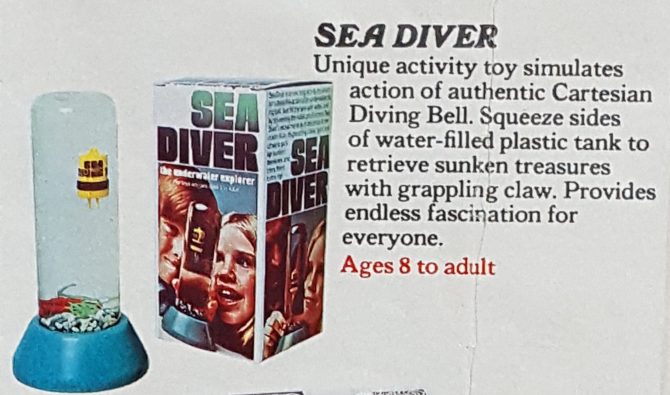 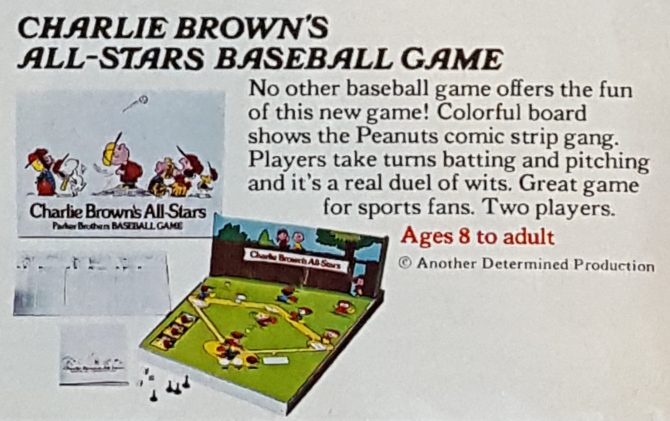 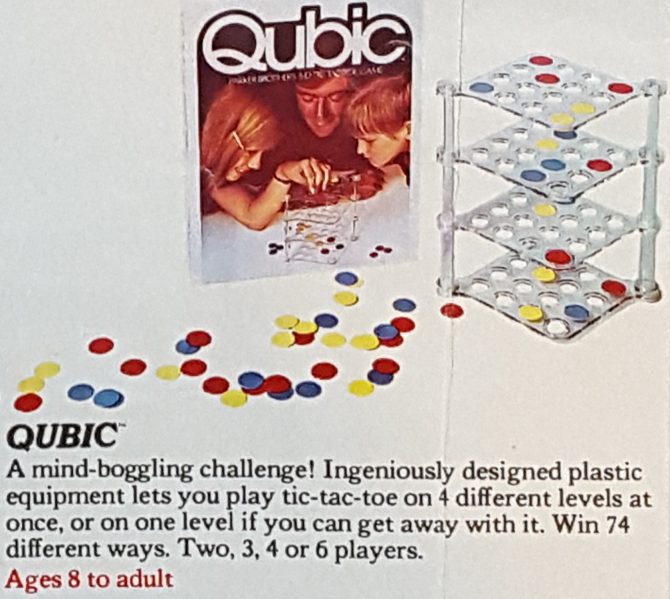 Ah, I can almost smell the knotty pine paneling and fresh Nerf. And who knew all those years we thought we were saying “Nerf hoop,” we were actually using only one word, “Nerfoop”? 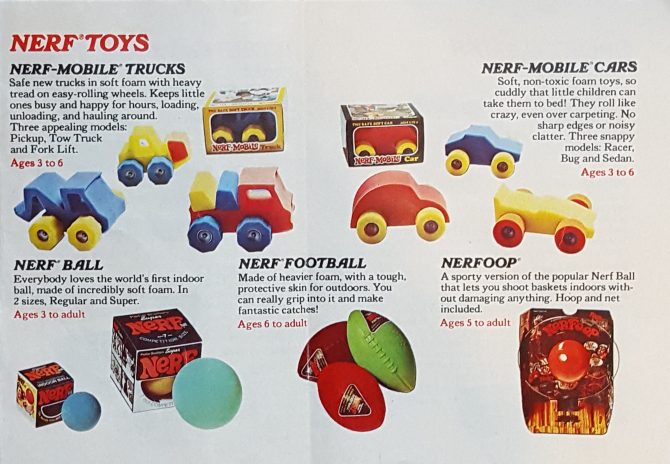 If this old Parker Brothers catalog whets your appetite, there’s a wormhole of board game nostalgia to leap into over on the amazing Board Game Geek web site, which has photos, downloadable instructions, and discussions of just about any game you can remember. We have a lot of those oldies, but newer games like Catan, Exploding Kittens, and Cards Against Humanity have climbed up those creepy basement stairs into the light of our 21st century collection, which features as many games for grown-ups as it has for kids. You can’t miss them on a big white shelving unit in the atrium; they check out for two weeks, and you can place holds on them in the catalog just like books, CDs and DVDs.

If you need another player, just holler. But I get to be the racecar.