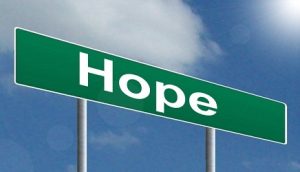 I am hopeful that this 4th of July will inspire more than just a feeling of patriotism or nationalism. I am hopeful that it will instead encourage hope for social justice and move away from a nationalism that leans dangerously toward prejudice and injustices—especially during this national holiday.

I offer the books highlighted here as powerful tools for instilling hope to energize us towards social justice work and unify our differences.

Local author Diane Silver is writing a series of books using hope as daily meditations. Her first, Your Daily Shot of Hope, is a positive way to counter aggression and prejudice expressed by politicians. Meditating on hope becomes energizing fuel—energizing us to stand up to injustices and allowing us to trust that we can make a positive change if we take action.

I asked Diane what influenced her to write this series. She responded: 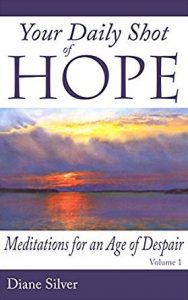 Decades ago I took a year to read an amazing book called 365 Tao by Deng Ming-Dao. I picked up the book because I thought it offered an easy way to learn about Taoism. And while I did learn a bit about Taoism, what became more important was the daily practice of reading a meditation and contemplating it.

As I journeyed through that year with the Tao, doing one meditation a day, I became calmer and a bit kinder, at least to myself. Two years ago, I decided to [write] a daily meditation book that I wanted to call 365 Love, but when I saw so many people fall into despair after the last presidential election, I realized that what we really needed was a book of hope.

Thus, I set out to write 365 meditations on hope. Because there seemed to be an immediate need for a book of hope and I didn’t want to wait to publish until the entire book was finished, I’ve sliced the book into 4 volumes. This is Volume 1, and it includes enough meditations to provide one shot of hope a day for more than three months. My wish is that readers will find a new perspective on hope through reading this book. I want them to find a place to rest, gain perspective, and re-energize in this book.

Silver shares inspired wisdom in looking at the concept of hope as a hypothesis. On a difficult day, rather than forcing yourself to accept the idea, she suggests investigating hope as a concept and the hypothesis or theory that the world is ruled by love. Then ask yourself, if this were true, what would you feel, say and do?

Book 1 of the series is titled Your Daily Shot of Hope: Meditations for an Age of Despair. I can feel the love in these encouraging words! This is hope that instills mindfulness, realism and perseverance. Here is one of my favorite meditations:

And along with anticipation and twenty other words,

The word endurance pops up.

Of all the insane ideas!

What does endurance have to do with hope?

And yet endurance is courage, fortitude, and grit

Are not these qualities the foundation of hope?

Courage and grit enable us to go forward

Even though we’re afraid.

Stamina and strength give us the capacity to do so.

Answers don’t have to arrive in an instant.

One fascinating source of encouragement for Diane is Diana Nyad’s autobiography. Diane commented:

Find a Way by Diana Nyad is a memoir by the swimmer who conquered the more than 100-mile swim between Cuba to Key West after failing at it four times. She was 64 at the time she successfully completed the swim in 2013…These days it feels to me like we all face some pretty huge swims as we attempt to do what may seem impossible in our private lives and in our country. Nyad knows how to use hope as fuel and inspiration. She’s the definition of a daily shot of hope.

I asked Diane about her favorite authors and she shared this: 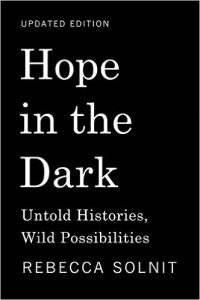 My favorite authors are too many to count. Among those I love are Anne Lamott, whose essays never fail to touch me and make me laugh, and Karen Joy Fowler’s most recent novel We Are All Completely Beside Ourselves changed the way I look at humanity. That may sound grandiose, but I dare you to get to the end of that novel without having your perception of human vs. animal upended. I also love the work of Laurie J. Marks who dares to imagine an alternative to war in her elemental logic series of novels.

I mentioned to Diane I wanted to also recommend Rebecca Solnit’s book, Hope in the Dark, in connection with the Shot of Hope series and Diane commented: "I’m reading the Solnit book right now and absolutely LOVE it. Solnit provides a path to understanding the hope of political change, and the process of change, that I had never considered before. This is a marvelous book." And I agree; Solnit provides powerful reassurance to have faith in the impact of social and environmental activism—to accept that benefits are not usually obvious or immediate.

Another book on hope in connection to social justice is Turning to One Another: Simple Conversations to Restore Hope to the Future by Margaret J. Wheatley. This is a workbook whose goal is to create connections and unite individuals in a cohesive group.

Dear Reader, I hope you enjoy a peaceful 4th of July and are inspired to contemplate—and maybe even work toward social justice.

Hope in the Dark

Turning to One Another