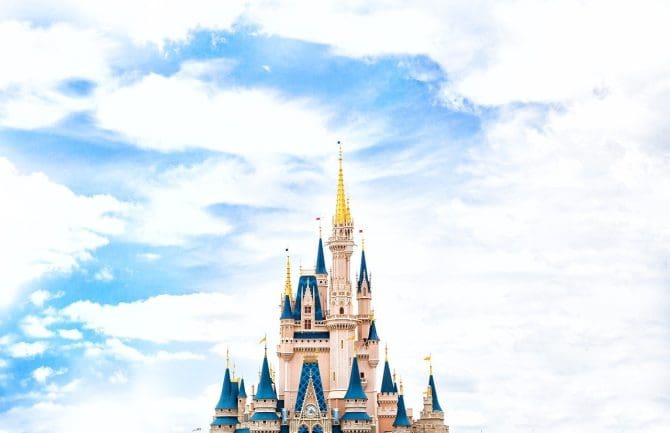 Theme parks are an American pastime that still wonder and excite today. For me, part of that excitement lies in the history of theme parks and their rides. It’s all the more exciting going to a park for the first time and learn all about the history of it, when the rides were made, how groundbreaking they were at the time, what used to be there. Any fun fact about theme parks, in my opinion, can be just as exhilarating as the rides within. As a Kansas City kid I spent many summers at Worlds of Fun, which is where my love for theme parks was born. Today though I’m not talking about Worlds of Fun, Six Flags, or Busch Gardens, I’m talking about Disney Parks.

As many children in America, I grew up watching everything Disney had to offer. This included ads for their theme parks, and boy did I desperately want to go. Now as a 26 year old I can finally say I have after going to Disney World last month. I like to think it was more magical now than if I had gotten to go as a kid. I say this because of the history, and as a kid I don’t think I would have been as interested in that. Disney’s parks have a ton of fascinating history not just about the parks themselves but all the attractions within. You could honestly spend hours and hours researching and still you’d just be scratching the surface. It all starts with Walt Disney and his big dream of a theme park. People thought he was crazy to take on a venture like Disneyland but it sure did pay off, and today Disney parks are worth billions of dollars and have locations all over the world.

Now I won’t bore you with random facts about the Carousel of Progress or defunct rides like 10,000 Leagues Under the Sea. But I will share with you some things you can peruse on your own time to get that Disney Parks fix from the comfort of your own home.

Disney Engineer’s get a special title of Imagineer, and they’re the ones behind the rides and attractions that we all know and love. This book is a dive into the creation of both American parks highlighting the contribution of the imagineers and their often ground breaking technology and ideas.

Ever wanted a Mickey pretzel from the comfort of your own home? Well this cookbook is for you.  Featuring Disney Parks inspired recipes that will make any Disney fan feel the magic without having to travel and spend tons of cash. Did I mention there’s a churro recipe in here as well!

Want to learn all the details about the creation of Disneyland? These two books are perfect for you! Disney’s Land covers Walt Disney and his idea to open a theme park, how that affected him, his business, his family, and what it means today with DisneyLand being such a success. Realityland is similar in that it covers Disney’s idea of a future city of tomorrow and how those dreams were either realized or reconceived up to opening day.

If you’ve ever been to Disney World you know it's no easy feat. It’s a large park with tons to do and more often than not you will be waiting at least 30 minutes for any attraction. Having a guide to help plan is never a bad idea, especially if you’ve never been and want to get the most out of your day. And if you’re not planning a trip it’s still fun to flip through and see all the things Disney World has to offer.

Now these two DVD’s showcase the parks in a fun and entertaining way. One of them is a sing along with classic Disney Parks songs highlighting different rides and attractions. If you ever watched the Disney sing-a-longs on VHS as a kid this one will take you right back to your childhood. And Disney Parks offers a behind the scenes look at attractions that you wouldn't get to see or hear about by just going to he parks.

Tower of Terror and The Haunted Mansion

Several of the Disney rides and attractions have movies based off of them, and some are better than others. I was a Tower of Terror kid for sure, but Haunted Mansion is pretty good too. Allegedly Disney is remaking both so we'll see how those end up compared to these classics.

Whether you’re a Disney fan or just a fan of theme parks there are a ton of different things to learn about and explore. Pick an attraction, a specific park, even an Imagineer, and you’ll be led down a rabbit hole that you might not want to come out of.

-Mary Gomer is a Cataloging Assistant at Lawrence Public Library.