If you're a kid who loves strategy games, there's never been a better time to come to Lawrence Public Library. You see, I've always loved abstract strategy games, the unique way they require kids to apply creativity and logic to ever-evolving situations. That's why I was so pleased to discover that what most of us think of as "chess" is really just one member of an entire family of games.

About five months or so ago, the Children's Department started Chess Club, a place where kids and teens of all experience levels (from total newcomers to tournament players) could come and have fun. It's been a big success, with many parents getting in on the fun (and losing to their kids more often than not) and, in some cases, discovering that their kids are so talented that they've decided to hire private tutors.

But having a chess board available in the kids area and two Chess Club meetings per month was only the start.

Now, you can play other great abstract strategy games from all over the world, offering your kids not just more fun challenges, but the chance to explore cultures from around the world. 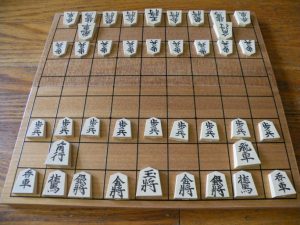 Shogi - The Japanese version of chess, this is the only type of chess where you can put captured pieces back on the board to use against your opponent. Between this "drop rule" and a few different pieces (silver and gold generals and lances), this is a unique game where comebacks are much easier, which makes Shogi even more fun and unpredictable than chess.

***Note: Some kids and parents might worry that it's hard to remember which pieces are which because of the Kanji characters, but I personally guarantee that you'll pick up on them much faster than you'd expect. I've seen six-year-olds come to Chess Club having never seen the game before and, by the end, they're comfortably playing on their own. 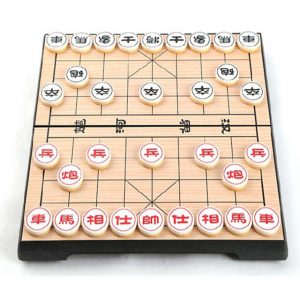 Xiangqi - The Chinese version of chess, I've personally found this to be the most mentally challenging of all our chess games. That's because of a few interesting pieces (such as the elephant and especially the cannon) and rules (it's possible to block or "hobble" a knight, known as a horse in this game. Also, the two kings, or "generals," can't face each other without pieces in between) make every move especially important. I've seen kids and adults take longer deciding on moves in Xiangqi than in either chess or Shogi and, with one false move, a game can suddenly be lost. Anyone who loves puzzles is sure to love Xiangqi.

But we have more than just chess and chess variants, as they're called. We also have: 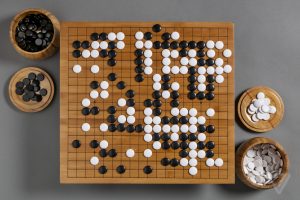 Go - This is the oldest continuously played game in the entire world, far older than chess and - while the rules are extremely simple - it's actually infinitely more complex. This game requires an entirely different outlook and strategy than chess players are used to. Oh and, incidentally, I'm pretty sure it's the greatest abstract strategy game ever made.

All this not enough for you? No need to worry - LPL will soon be offering more great strategy games, including: 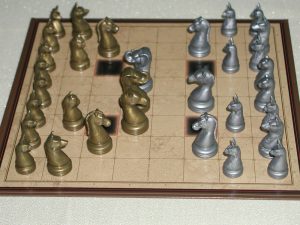 Arimaa - This game was created less than twenty years ago by someone who wanted to alter chess into a new kind of game where computers couldn't beat humans. The result was Arimaa, which can technically be played with chess pieces but has developed a devoted following all its own. And while computers have begun to beat human players, the game still offers surprises, challenges, and thrills. In fact, there have only been two books written on Arimaa by expert players, which demonstrates just how young this game is. Who knows - maybe you'll be one of the first great Arimaa players in history! (Plus, the game has rabbits, dogs, and elephants - who wouldn't love a game like that?) 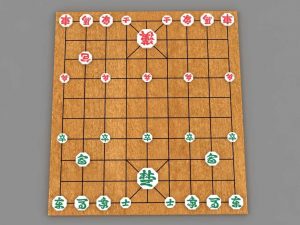 Janggi - Another chess variant, this one comes from South Korea and is fairly similar to Xiangqi. However, different rules for pieces make for a totally different experience. But as to how much more difficult or easier it is than the other games...well, you'll just have to come by Chess Club next year (or check out the game yourself)!

So check these games out at the LPL Chess Club (which is developing into more of a Strategy Game Club) or take them home yourself so you and your kids can learn why these games have fascinated and continue to fascinate people of all ages from around the world.