You might be surprised by the number of bestselling authors who also read (or even write) fanfiction! In no particular order, here's the most comprehensive list that I could make of authors who have also dabbled in fanfiction writing: 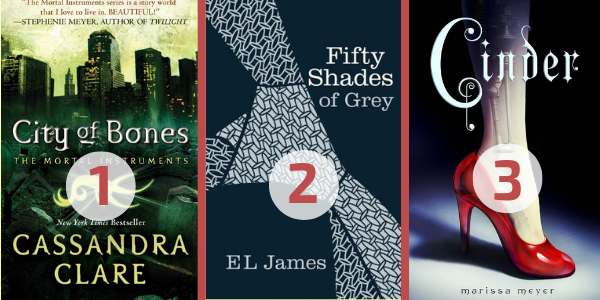 
Before she got her start in professional publishing, Clare was a wildly popular fanfiction writer -- most well known for her Lord of the Rings parody of Legolas and a Draco Malfoy-centric Harry Potter fanfiction. (However, there’s a bit of a plagiarism scandal involved with her HP fanfiction where she was accused of copying scenes from an out-of-print fantasy book, as well as TV shows like Buffy the Vampire Slayer.)

This might be the most prominent example in mainstream publishing: 50 Shades of Grey was originally published as Twilight fanfiction.

The author of this popular YA sci-fi cinderella retelling, Cinder, has also publicly admitted to writing Sailor Moon fanfiction! And even better, she doesn’t keep them anonymous! You can find them on her Fanfiction.net account here. Moon Prism Power Make Up baby! 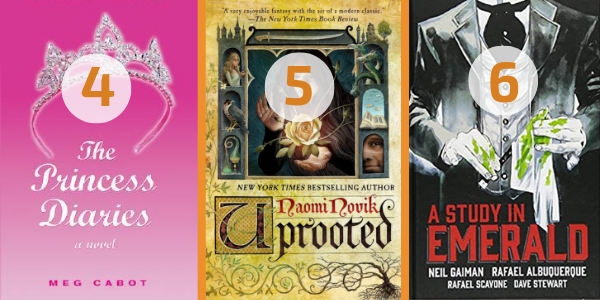 Cabot admitted to writing Star Wars fanfiction as a teenager on her blog!

Many fans will insist that Novik’s debut novel, Her Majesty’s Dragon, actually began as Master and Commander fanfiction! However, Novik is also one of the founders of the Organization for Transformative Works, a non-profit dedicated to protecting fanworks as well as being the parent organization for popular sites such as Fanlore Wiki and the popular fanfiction hosting site, Archive of Our Own.


Gaiman is the rare author who was actually able to publish his fanfiction without changing character names because of his notoriety! He’s written odes to Sherlock Holmes (A Study in Emerald), H.P. Lovecraft (I, Cthulhu), and C.S. Lewis (The Problem with Susan). 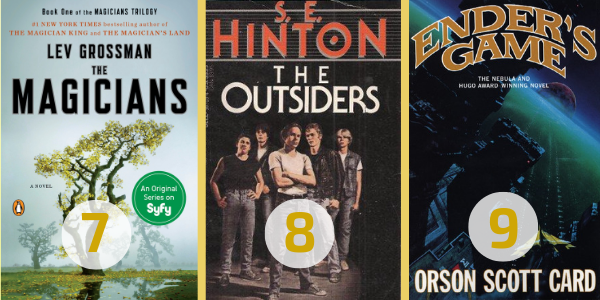 Anyone who’s read Grossman’s “The Magicians” series knows that it’s a mashup of Harry Potter & the Chronicles of Narnia. What you might not know is that Grossman is also a public advocate of fanfiction as well as a writer of it himself (for How to Train Your Dragon). In an article for TIME magazine, he wrote:

“Fanfiction is what literature might look like if it were reinvented from scratch after a nuclear apocalypse by a band of brilliant pop-culture junkies trapped in a sealed bunker. They don't do it for money. That's not what it's about. The writers write it and put it up online just for the satisfaction. They're fans, but they're not silent, couchbound consumers of media. The culture talks to them, and they talk back to the culture in its own language.”

Hinton has spoken publicly on her Twitter page about writing Supernatural fanfiction. (Although she’s also said some interesting/confusing statements about fanwork of her own series, The Outsiders.)

Card is kind of a strange one to include, because he is famously anti-fanfiction (as well as famously homophobic, but that’s beside the point). Despite that, he’s written fanfiction both published and unpublished including tributes to: Isaac Asimov, the Old Testament, and Shakespeare. 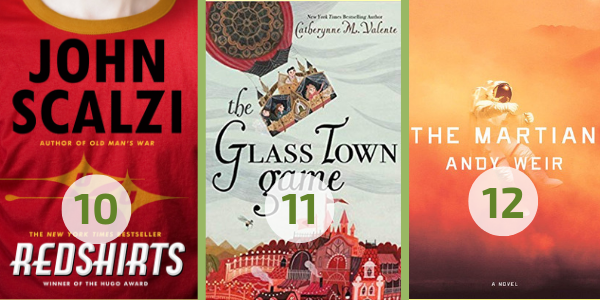 Scalzi’s novels “Fuzzy Nation” and “Redshirts” are considered H. Beam Piper and Star Trek fanfictions, respectively. Although Scalzi at first called them “reboots”, after fan insistence that there’s no difference between his published works and fanfiction Scalzi embraced the definition.


So, obviously this wouldn’t have been considered fanfiction in its time -- but these three sisters of Jane Eyre & Wuthering Heights fame also wrote fanfiction about living people, such as the Duke of Wellington, in fantasy universe called Glasstown. (Check out Catherynne Valente’s take on the Brontë sisters’ magical world in the middelgrade novel (Glass Town Game.)

Weir, best known for his bestselling sci-fi novel “The Martian”, is another rarity in the fanfiction world! He wrote fanfiction of Ernest Cline’s “Ready Player One” on his website, and then Cline loved it so much that he included it in a new paperback edition of the book and publicly claimed it as canon. That’s a fanfiction writer’s dream! 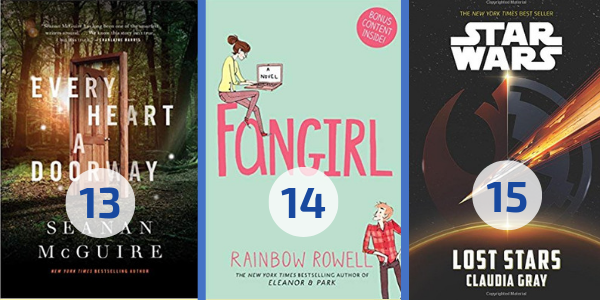 
McGuire is another author who proudly claims her fanfiction origins! She has written essay-style posts on the subject, as well as works dedicated to Sailor Moon, Doctor Who, Halloweentown,  Veronica Mars, and more! Some of these can be found on McGuire’s LiveJournal.

Rowell’s bestselling book Fangirl, where the protagonist writes fanfiction of a Harry Potter-spin-off called “Carry On”, became so popular that “Carry On” became it’s own series. (Also, one of my favorite books in the entire world.) Additionally, Rowell has publicly admitted to reading fanfiction (specifically Harry Potter, Sherlock, and Star Wars), as well as writing some Harry/Draco fanfiction where they’re married with kids that she claims we will never be able to find. Challenge acknowledged, Rowell, challenge acknowledged.


Claudia Gray is another author whose origins writing fanfiction ignited her journey into mainstream publishing! Gray has said that her Firebird series is “basically a whole set of AUs for my original characters”. (For those not in the know, AU means Alternate Universe -- taking characters and putting them in a setting or timeline outside the original work.)

Gray also has multiple Star Wars books that are part of canon, although she says that writing these books is a similar process to writing fanfiction. Additionally, Gray still writes & reads fanfiction in her free time! 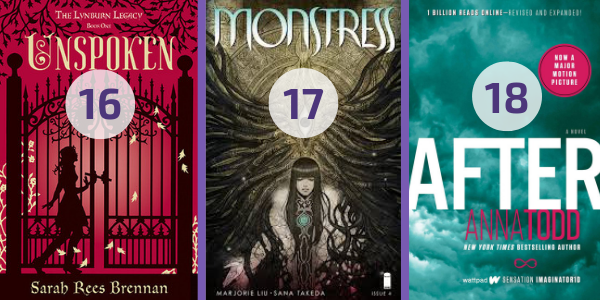 Before entering professional publishing, Brennan also wrote Harry Potter fanfiction (as well as some Chronicles of Narnia and King Lear fanfiction). However, her public opinion on fanfiction is complex and has changed over the years, as she outlines in this blogpost from 2014.


Award-winning comic author Marjorie Liu, of “Monstress” fame, got her start writing X-men fan-fiction. She even started her own fansite dedicated to Wolverine & Jubilee! Dreams became reality, and she has now written multiple X-men comics and even a novel! In a 2005 interview she wrote:

“I had been writing original fiction and poetry since I was tiny, but with fan-fiction, I could post it on the internet and no one knew who I was. It was purely anonymous. I wasn't being judged, or graded, or hemmed in -- and wow, what a freeing experience. So in that sense, it helped my skills as a storyteller because I was able to experiment with different styles and ways of writing, without fear of retribution.”


While us Harry Potter era fans may remember LiveJournal & Fanfiction.net the most, many modern fanfiction writers are turning to Wattpad. Anna Todd got picked up by Simon & Schuster in 2014 for the rights to rework and publish her Wattpad One Direction fanfiction, “After”. (You can still read the original fanfiction version on Wattpad.) 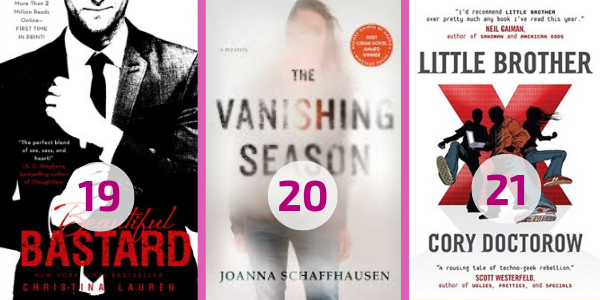 
Christina Lauren, the pseudonym for tag-team writers Christina Hobbs & Lauren Billings, Christina Lauren, has their own fanfiction origin story. The pair met online on a fanfiction forum after they both wrote popular Twilight fanfics, “The Office” by Hobbs & “Let Your Light Shine” by Billings. Their debut novel “Beautiful Bastard”, is a rework of “The Office” and the start of a popular romance series.

Interested in reading more about fanfiction in modern publishing? Check out these links: