So when the library reopened earlier this month, there were a lot of obligatory “what’ve you been up to”s and an equal amount of half hearted “not much”s and “oh you know”s, but the truth is I’ve mostly been playing Animal Crossing and reading a whole buncha manga.

Turns out, at a time when the world often seems to be falling apart, the stories I most want to read are quick moving, adventurous romps that refuse to get bogged down in melancholy. Here are a handful of my recently read series each with a brief description along with a totally subjective rating (from 1-5) in the categories of inventiveness, art, silliness/fun, and—just for full disclosure—the amount of fan service (aka perviness). Hey, these were mostly written for teen boys after all. 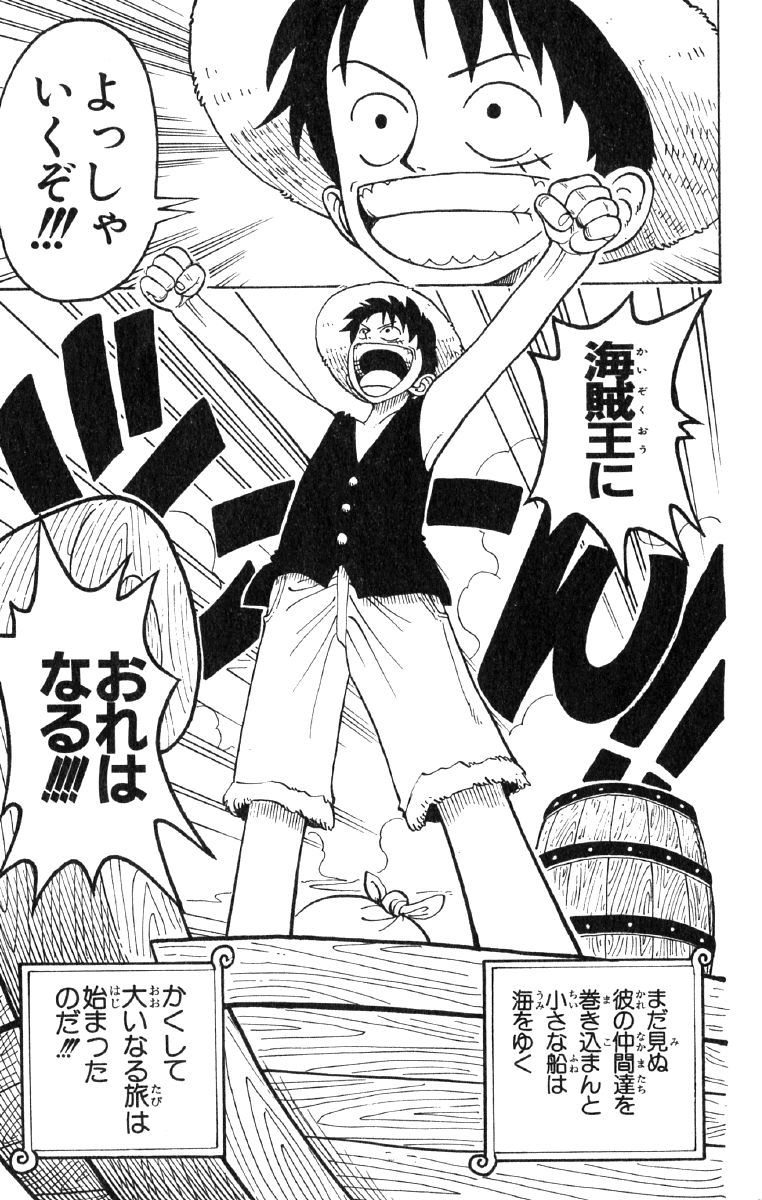 First up is Eiichiro Oda’s One Piece, Japan’s best selling manga and one of the longest running Japanese serialized stories currently in print. Originally released in 1997 and closing in on its 1000th issue, One Piece is the story of Luffy and his mugiwara (Straw Hat) pirates and their quest to obtain the world’s greatest treasure, the eponymous One Piece. Yes, they’re pirates, but these guys and gals neither rape nor pillage. They’re more a group of rule breaking thrill seekers. And boy do they find plenty of thrills; the world of One Piece is to put it mildly, absolutely bonkers, like “where does this guy come up with this stuff” bonkers. People can gain super powers by eating “devil fruits” and Oda consistently comes up with some really ridiculous powers (a gun that becomes a dog and a woman who turns into a bar of soap come to mind). On top of that, there’s a deep mythology and an intriguingly mysterious world history, but ultimately it’s the rowdy, unfailingly loyal, and tremendously loveable crew that’ll keep you coming back. 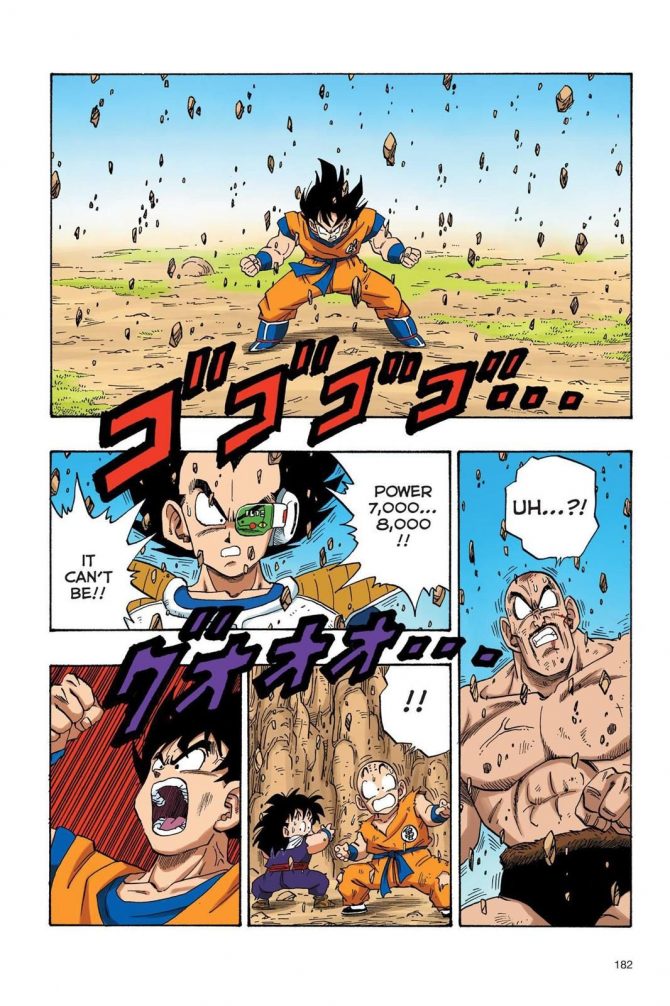 You’ve probably been exposed to DBZ at some level in the last forty or so years. The story of Son Goku and company must be a multibillion dollar worldwide enterprise by this point, spawning a hugely popular tv show, movies, video games, clothing, and toys (*ahem* collectibles) galore, but it started humbly as a silly mashup between martial arts films and the 16th century classic Chinese novel Journey to the West. It quickly became its own thing, roping in aliens, gods, androids, and the titular wish granting dragon balls along the way. The main beat here is that Son Goku through a mix of innate talent and even harder work wants to be the best fighter in the world and then some. Even though this time around I started midway with the Full Color Saiyan Saga, I’d recommend starting at the very beginning with DragonBall. 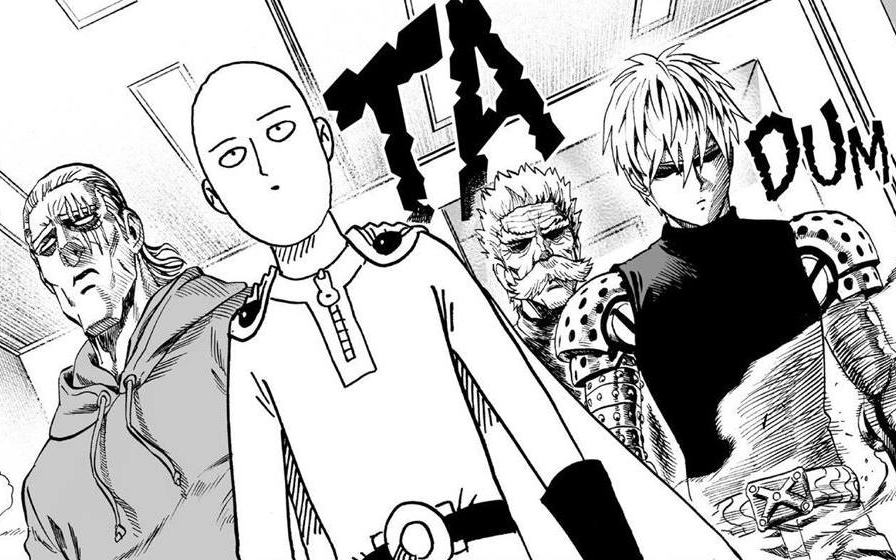 Similar to Dragon Ball, we’ve got another strongest man in the world scenario here. This time though, our protagonist Saitama is so overwhelmingly powerful that he annihilates any foe in, you guessed it, one punch. His incredible strength results in a level of existential ennui so overwhelming that he’s even drawn in a much simpler style than the rest of the cast. It’s a smart and often hilarious series, but be warned: One Punch Man’s particular brand of loving shonen genre parody often leads to really over the top violence and fan service. 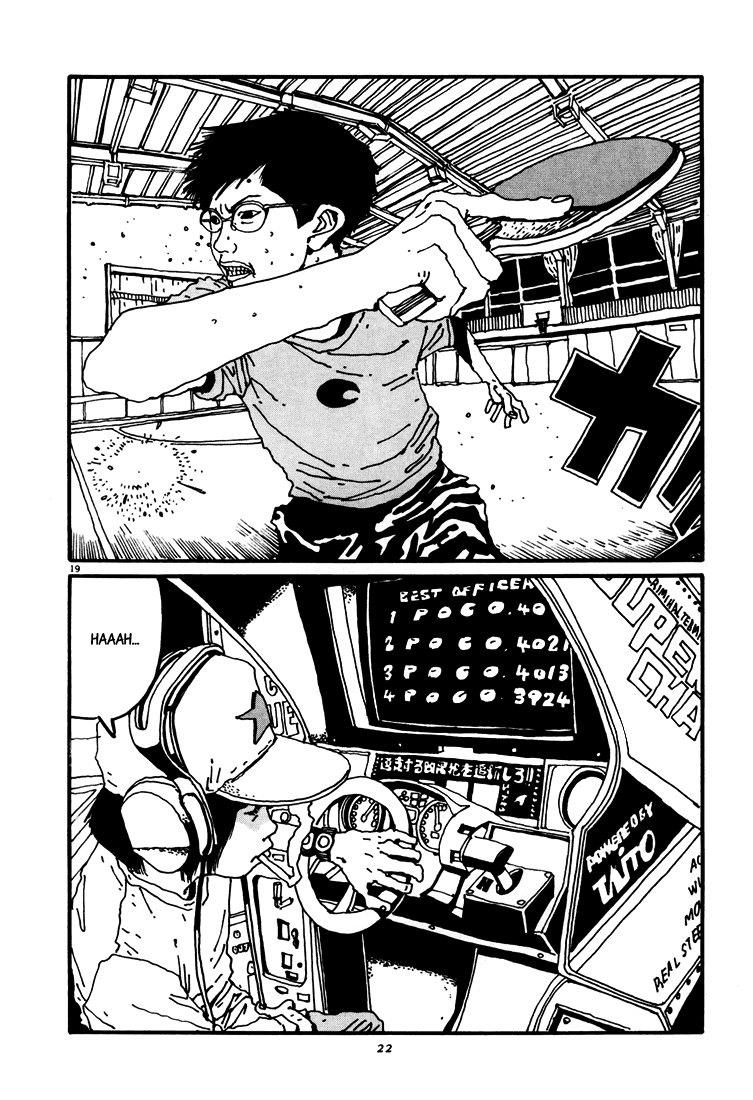 Of these four manga, Taiyō Matsumoto’s Ping Pong is the odd man out. Published for an older audience, it doesn’t feature super powers, multi volume mysteries, buxom women, or catastrophic global threats. It’s a decidedly quieter and more intimate story, but just as fun and heartwarming in its own right. It follows childhood best friends, Peco and Smile, as they navigate the competitive Japanese high school ping pong scene. Peco is a showboat and prodigious player, but over the years Smile has quietly surpassed him while becoming jaded by his friend’s lackadaisical attitude. The real standout here is Matsumoto’s terrific and unusual art.

So there you have it, next up? I’m thinkin’ Akira (again). Or maybe I’ll revisit Nausicaa of the Valley of the Wind. Or give Naruto a try. People seem to love it. And just a heads up, if you’re more of a TV watcher, each of these series have really great TV adaptations (Ping Pong in particular) and they’re all available here at your library.