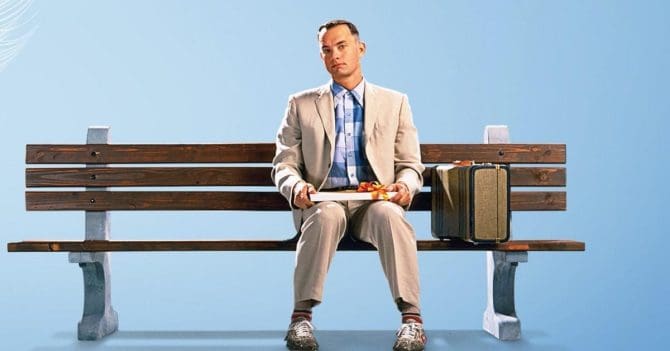 Tom Hanks was recently quoted as saying he's made four "pretty good" films in his career.  Although said in jest, he also had me wondering—How would I have lived my life differently these past nine months, if he'd just told us what they were from the beginning? I plowed through far more than four this time around, so many that I can't discuss them all in depth. And, by the way, if you're just joining me in my Year of Hanx, welcome! You can find my previous blogs here. Also, I'm in this for fun so you won't find any deep discussions of things like symbolism, character development, or, you know...plots. Anyway, here are the four "pretty good ones":

In the 1980s, as a young Junior High activist, I volunteered for a hotline in KCMO called Teens TAP, where I answered questions fellow teens had about HIV and AIDS. During the training, I learned that sexuality is not a choice, is on a spectrum,that gender is a social construct, and that you don't transmit HIV through handshakes or kissing. In 1989. So, when this movie came out in 1993, I hated it. I was so offended by Denzel Washington's character I couldn't see what the movie was trying to prove. Here I was, a 14 year old in Olathe, Kansas who had taken the time to educate myself and could not actually believe that a grown man—a lawyer— in a metropolitan city like Philadelphia would be afraid to shake another man's hand for fear of getting AIDS. Turns out, I was informed, but also naive. Washington's character arch— although subtle— is moving. I now know that this was the first movie to take the AIDS crisis head-on, and respectfully so. Hanks won an Oscar for his performance and it's deserved (although I found Washington's acting more compelling in many ways). Parts are still hard to watch. There are a number of slurs in regards to the LGBTQ+ community in the film that are difficult to stomach but do show a reality in which gay men were (and still are!) subjected to regularly in the 1990s. Overall, I appreciate this film in a way I wasn't ready to appreciate it 30 years ago.

When I tell people I recently re-watched Forrest Gump, the first question I inevitably get is, "How did it age?," and the answer is: Not that great? I think?  Some movies smack you in the face with obvious problems but I didn't feel smacked by Gump, more like slowly and subtly rolled over. I'm still including this in the "pretty good ones" category as it is one of Hanx's most beloved films and because of his back-to-back Best Actor wins (for this and Philadelphia). The entire cast put their hearts and souls into their roles. Robin Wright, Gary Sinise, Mykelti Williamson, Sally Field, and of course, Hanks himself all shine. However. There is a real OK Boomer "I don't see color" vibe to it that I'm not loving. First, we find out that Forrest is named after a KKK member to remind him that sometimes people do things "that don't make no sense." I assume the "making no sense" reference is regarding being a KKK member, but I'd like to nominate, "naming your child after a KKK member" to the list of things that don't make any sense at all. Then we see Forrest at the University of Alabama picking up a notebook for a Black student who dropped it. Of course, this act of kindness is right in the middle of an infamous desegregation protest at the school. Later, Gump finds himself at a Black Panther party and is just kinda hanging out, drinking Dr. Pepper. These scenes are obviously there to make us think how much better it would be if we were just like Gump: sweet and simple, ignorant to the concept of racism instead of looking racism straight in the eye and actively trying to be anti-racist. Like, maybe just don't, Robert Zemeckis. Just. Don't.

Everyone says it: Those first 20 minutes when the American soldiers land on Omaha Beach in Normandy will leave you gobsmacked. I hate all things war, so imagine my surprise when I watched this nearly 3 hour film and barely blinked. In fact, I think the only time I closed my eyes was when I was temporarily blinded by the whiteness of Matt Damon's teeth. If there is one part of this movie that's unrealistic, it's how clean and shiny those teeth are.... and maybe the premise of risking a whole squad's life to save one person.  But, like I said, I don't know anything about war and the internet claims it was loosely based on a true story. What I do know for sure is that this is the first war movie since Platoon that kept me interested the whole time. And that Edward Burns was sooo cute. I wonder what he's up to now?... [googles] Oh, looks like he's doing OK being married to Christy Turlington. Carry on. 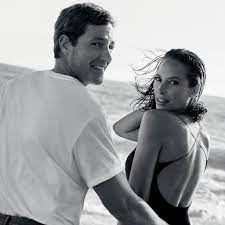 Survival shows like Alone have become quite a phenomenon since Cast Away was released, and I must admit that I found myself wanting to see more minutia of Chuck Noland's daily island life, but at a running time of almost 2 1/2 hours, maybe it's best there was some skimming.  There is an overall sadness to the film that I had forgotten about and an ice skate used as dental tool that I hope to soon forget. Tom Hanks does the most Tom Hanks yelling in this movie than maybe any other, though, for which I was grateful. RIP Wilson.

Like I said, I watched a LOT of Hanx this round and although I wish I could talk about them all, we'd be here forever. Here's a list of the others:

A League of Their Own

There's no crying in baseball; Madonna plays a 1940s version of Madonna; girls can play sports!

That Thing You Do

Cute! And has a catchy song!

I love this movie. Fun Fact: You can see the actual Apollo 13 spacecraft, The Odyssey, at the Cosmosphere in Hutchinson, Kansas!

I'm going to leave the Wikipedia entry for the Magical Negro (a term coined by Spike Lee) here.

A remake of Jimmy Stewart and Margaret Sullavan's The Shop Around the Corner, Meg Ryan and Tom Hanks are back! Meg Ryan owns a cozy little bookstore in NYC that Tom Hanks's big, box store is about to trample all over, forcing its closure. They fall in love!