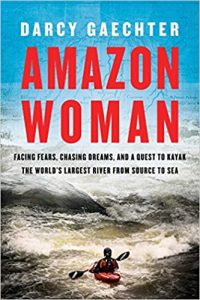 I continue to be immersed in reading of waterways! This time I am highlighting several gripping outdoor travel memoirs including two books by women who made heroic kayaking expeditions; each paddled on a different river from source to sea and wrote an inspiring book of their experience. Darcy Gaechter became the first woman to kayak the Amazon River from its source in the Andes Mountains of Peru to the Atlantic Ocean off the Brazilian coast. She and her companion kayakers: life partner Don Beveridge and David Midgley (an acquaintance with the money to fund their trip) maneuver harrowing and adrenaline-filled challenges from river rapids to social and political unrest. In some places violent chaos seems to be an everyday occurrence with Shining Path rebels, drug trafficking, and more injustices experienced by local Indigenous people. I learned a lot from this book, but the message which most deeply resonated for me is in spite of our human conflicts, we need each other, and we’re all better off helping each other. Darcy Gaechter’s book is titled Amazon Woman: Facing Fears, Chasing Dreams, and a Quest to Kayak the World's Largest River from Source to Sea. Ellen McDonah kayaked the entire Mississippi River solo from Minnesota’s glacial Lake Itaska to the Gulf of Mexico; her journey began on her 60th birthday soon after she retired from teaching and she created gorgeous paintings from the voyage which illustrate her vividly lyrical book, One Woman’s River: A Solo Source-

, opens a new windowto-Sea Paddle on the Mighty Mississippi.

By the way, Audre Lorde’s birthday was February 18, 1934. This quote is a favorite of mine.

"It is not our differences that divide us. It is our inability to recognize, accept, and celebrate those differences."   --- Audre Lorde, opens a new window 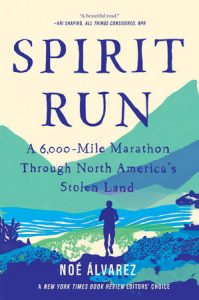 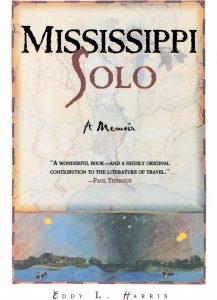 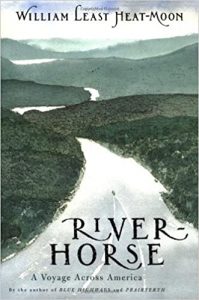 Both McDonah’s and Gaechter’s stories are fantastic adventure inspiration for everyone and yet I also wanted to reflect wider views from a few authors who identify as Black, Native American, and first generation American immigrants. An awe-inspiring debut honoring immigrant and Indigenous lives and this author's Mexican immigrant parents is Spirit Run: A 6,000-mile Marathon Through North America's Stolen Land by Noé Álvarez.  More thought-provoking choices include The Adventure Gap: Changing the Face of the Outdoors by Black American author James Edward Mills and William Least Heat Moon celebrates his family’s Osage Nation ancestry while recounting his own ambitious exploration in River-horse: Across America by Boat. Also, I was fortunate to interview Eddy L. Harris last summer, link to our interview below; he was probably the first Black American to canoe the entire Mississippi River solo in 1985. I found much in Eddy L. Harris’ and Ellen McDonah’s Mississippi memoirs as fantastic echoes of similar experiences. I hope you see yourself reflected in these books.

I am inspired to acknowledge traditional Native lands. In our region near the Kansas (Kaw) and Wakarusa Rivers, I want to honor the Dakota, Delaware (Lenape), Kansa (Kaw), Kickapoo, Lakota, Osage, Sac and Fox, Shawnee, and actually hundreds more tribes who find connection here with Haskell Indian Nations University. As Ken Lassman (author of the book Wild Douglas County, opens a new window,  and blog Kaw Valley Almanac, opens a new window) noted: “Haskell Indian Nations University is the United Nations of tribes, with members of hundreds of tribes coming here over the lifetime of its existence.”

I'm grateful rivers seem to be an ever flowing muse for writers as rivers represent literal and symbolic change and transformation. I hope these reflections will provide us with strength to stand up to injustice and boldly create equity everywhere we have influence. In future musings I’ll share more magical river-connected stories, naturalists' explorations, and paddling adventures via this series: A Confluence of Writing on Rivers!

Read part 1 of A Confluence of Writing on Rivers: Of Poetry and Rivers: Langston Hughes, Denise Low, and Katherena Vermette, opens a new window

Read part 2 of A Confluence of Writing on Rivers: Heartfelt Wisdom and A Wide View of the Mississippi River, opens a new window; an interview with Eddy L. Harris

Read part 3 of A Confluence of Writing on Rivers: The Water Dancer Lyrically Connects the River With Memory, opens a new window

Cheers to River Network, opens a new window and their apropos efforts for equity, diversity, inclusion, and racial justice! And thanks to Margo Farnsworth for introducing me to this organization.

Heartfelt recognition to Friends of the Kaw, opens a new window for great stewardship, actively practicing equity, diversity, and inclusion, and their recent journey of the entire Kansas River!

Appreciation to Denise Low, opens a new window for helping me acknowledge each Native American tribe by their preferred name.