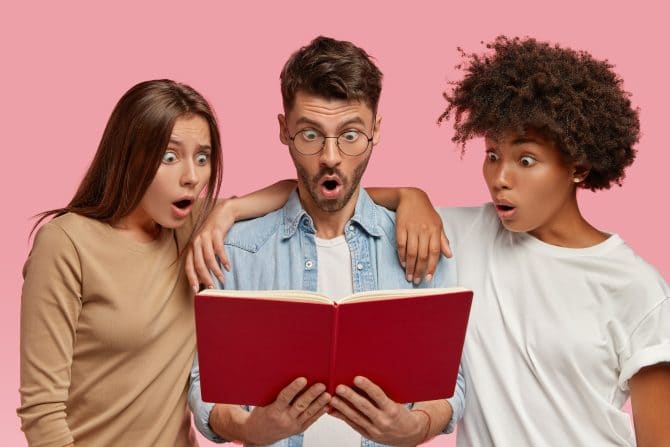 There is honestly something comforting and cathartic about adding a short story to your daily routine. And if you’re a macabre reader like I am, a scary short story makes it all the better! Whether I make time early in the morning for a quick slasher or curl up in bed, fluff my pillows and make an escape out of a gothic ghost tale, reading a scary short story every day is a treat I’ve come to look forward to.

Now I know fitting reading into any part of one’s life is a privilege and definitely easier said than done - especially for those of us who have to split our time with pets, spouses, children, friends, chores, and/or our 9-5 jobs. But just the effort of starting or ending your day with one short story works wonders and checks so many boxes: You’ve made some down time for yourself (check), you’ve completed a whole 5-10 pages in a book (check), you now have something interesting to share at work—“I read a short story the other day about a zombie apocalypse brought on by honey bees!”— (check). Honestly, with this method of reading every day, you stay winning!

Seeing as we’re leaving summer behind for autumn and the impending Spooky Season, here are a few short story collections/anthologies I’ve enjoyed tackling one day at a time--with scare levels ranging from subtle and literary to downright gory--and that have brought me terror and joy. These collections are an excellent way for macabre readers to begin a Scary Short Story September Binge:

The Lottery and Other Stories

“Everything that makes the world like it is now will be gone. We'll have new rules and new ways of living. Maybe there'll be a law not to live in houses, so then no one can hide from anyone else, you see.”

Published in 1949, this was Jackson's only short story collection put out into the world while she was still living and has been considered a classic work of short fiction. The majority of the protagonists in this collection are middle aged women--some single, some married, some of them mothers-- making their way through their confusing, maddening, humdrum lives where old traditions and problematic societal norms are hard to kill. In each story, Shirley Jackson takes the domestic mundaneness of small town life and puts it under a critical microscope, creating an atmosphere of lingering unsettledness. In fact, my constantly trying to pin-point what felt off in each seemingly ordinary story was what made this collection a unique read for me.

The evil in these short stories is very, very subtle in that it shows up as bigoted assumptions, social unpleasantries, jealousy, and dishonest intentions. In one of my favorite short stories--Flower Garden-- evil wears the face of passive aggressive racism. The most unsettling and effective story in the collection (as well as the most well known) is The Lottery, a brilliant portrayal of humanity's brutality through something as simple as drawing a damning piece of paper out of a black box.

For those who'd love to give this collection a try, I highly recommend reading one short story a day accompanied by some sort of analysis guide that breaks down Jackson's themes. It helped make clear what I might have missed as the reader and made the experience more comprehensible and enjoyable!

(Note: If you aren’t a Shirley Jackson nerd like me, you could also just skip ahead to reading The Lottery and still have a fun story to share with friends…because we all know it’s the best short story in the collection.)

The Dangers of Smoking in Bed

“Sometimes I think the crazies aren’t people, they’re not real. They’re like incarnations of the city’s madness, like escape valves.”

I enjoyed this collection in the same way I enjoyed Shirley Jackson’s The Lottery and Other Stories. Similarly to Jackson’s work, Argentinian author Mariana Enriquez gives the reader an unsettling experience where darkness simply happens, it lingers like a fog and you’re left uneasy. Many story endings in this collection are abrupt and might leave some readers feeling dissatisfied or confused. I once read a Goodreads review that described Enriquez’s stories as “unfinished nightmares” and I couldn’t agree more. It's something I personally loved about this collection–the feeling of unease, suspense, accumulating dread, and then… you wake up.

Each story read seamlessly while simultaneously delivering haunting, vivid, sometimes grotesque imagery. My absolute favorite story in this collection–Where Are You, Dear Heart? –is about a young woman who learns she’s aroused by the beating of one’s sickly heart, and it is probably one of the most depraved short stories I’ve ever read. This collection is body horror, cannibalism, and a plethora of human monsters, all wrapped up in Argentinian culture and author Mariana Enriquez's brilliant writing.

(Discretionary Note: in one story--Kids Who Come Back--there are some uses of a transphobic slur that could be upsetting or triggering for some readers.)

Nights of the Living Dead

“Those people were murderers, and they were killing…well, they had killed, Duane. His body steamed in the cool air where he had been ripped open. One of those things was pounding Duane’s head with its fists, cracking it apart like a giant walnut. Brains oozed and hands tore at the break in his skull. Brain matter was snatched and eaten.”

Nights of the Living Dead might be the first book I’ve recommended where consuming it via audiobook is a must, particularly because some stories in this zombie apocalypse anthology are best experienced on another level. Co-edited by Jonathan Maberry and George A. Romero (the father of the zombie film himself) , each short story takes place within the same night as the notorious outbreak of Night of the Living Dead (1968).

Fans of the film will be pleased to know there is even a short story–The Girl on the Table by Isaac Marion– from the perspective of one of the characters from the movie! My absolute favorite story—Orbital Decay by David Wellington—is set on the International Space Station and it was so brilliantly performed by the audiobook narrators that I was nearly hyperventilating! I swear there is nothing more terrifying than a zombie outbreak on a claustrophobic space station. For lovers of apocalyptic fiction, zombie fiction, and/or director George A. Romero, this anthology delivers suspense, gore, and plenty of shambling, rotting corpses hungry for braaaiiinnnsss!!!

"Addiction is horror, and the history of horror is incomplete without addiction."

This anthology is a hard-sell because of its subject matter, but I promise you it is a work of art. Plain and simple, Orphans of Bliss contains ten chilling stories about addiction. Editor Mark Matthews reached out to an amazing group of horror authors to write stories about varying compulsions–from alcoholism to obsessive hoarding to an inability to put away the credit card–and put a supernatural spin on them. One of my favorites in this collection–One Last Blast by S.A. Cosby– is a very chilling story about a dealer selling a “special product” everyone wants to get their hands on…no matter what it takes. Another favorite–Through the Looking Glass and Straight Into Hell by Christa Carmen–combines horror with science fiction when a virtual reality program meant to heal addicts is introduced but later comes with unsettling consequences.

What makes this anthology an unforgettable read is the relatability, the varying perspectives, the diversity of experiences with struggle and pain and the gnawing hunger for escape. One does not need to have struggled with substance abuse to relate to what’s on these pages. These stories are about fighting our monsters, about living with our demons, about how terrifying it is to face our own fallibility. It’s about winning some battles and losing others. The title of this collection was partly inspired by the words of the orphan Heathcliff from Emily Bronte’s famous gothic romance, Wuthering Heights: “My soul’s bliss kills my body, but does not satisfy itself.”

If this sounds like an anthology you might want to brave or if you are a macabre reader who loves their horror fiction to put a spotlight on the harsh realities of life, please give Orphans of Bliss a look-see!

There you have it! Four macabre short story collection recommendations that will ease you into the spooky season--and these four only scratch the surface. Lawrence Public Library has a plethora of horror anthologies for thrill seekers to dip their toes into. You'd be surprised what good a chill up your spine will do for your daily routine--gets the heart racing and the blood pumping. So if you’re up for it,  gift yourself a little “You-Time” and add a scary short story to your day!