I was about to really dig in and write this blog post when I stumbled across a 1-star book review on Amazon and had so much fun reading it that I’ve decided to give up my original topic. Sorry, but you’ll have to wait till another day for my annotated list of the best children’s books on earthworms. It’s Amazon 1-star review time. 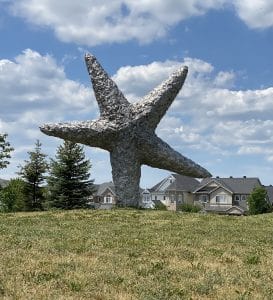 Perhaps you, too, have killed many minutes of your life heeding the siren song of vitriol and questionable grammar emanating from the bottom one percent of several thousand global ratings? Don’t be ashamed. Authentic 1-star reviews have a cult following all their own, with dedicated Reddit threads, Tumblrs, and even a reality show in which the host subjects himself to a variety of experiences and businesses so rated. My favorite one-star reviews are those of America’s National Parks, which in recent years have been compiled for easy public consumption, and turned into vintage WPA-style artworks. It's hard to believe anyone would take issue with too many gray rocks at Yosemite, but someone did.

Let’s make a little game out of Amazon’s cranky underbelly by borrowing an idea from local trivia impresario Andy Morton, who hosts bookish Smackdowns for Library events and fundraisers, and sometimes includes a category in which contestants are asked to guess famous titles based on readings of their Amazon one-star reviews. We'll do children’s literature, since I work with that at the library. Just read the one-star review below and try to guess the book. In adherence to Fair Use standards of U.S. copyright law (I am a librarian, after all), I whittled them down to a single sentence, but you can click to read each full review in all its glory, and I highly recommend it.

I’ll start with an easy one as an example:

“Children will hate it”

“But the thing I hate the most is this; How come they praise the pig for being special when the spider should be the one getting the attention?!?!

“This is a story where the baby KEEPS trying to run away and each time mom says she'd find him, he comes up with a better way to leave.”

“[Author] should pay for therapy”

“I really think this had everything to do with my now phobia of worms, which sounds stupid and a little crazy but believe me not a mild problem when it rains.”

“I read the book to my four year old daughter and then had to answer a very long list of questions about why all the cats were fighting and what happened to the other 999,999 cats.”

“The North Pole is an industrial concrete jungle instead of the pristine white wonderland that was a part of my childhood delusions.”

“This book makes no sense. How does a star turn into a witch? How can we see space clearly and have lots of sunlight when there's black fog covering the earth?”

“If you want to teach your kids to harass you over and over when they don’t like the answer you given, get this book.”

“I promptly gave this book away”

“A young boy wants to hunt down and kill small animals more than anything else, and he needs two hound dogs to achieve his heart’s desire.”

“It is not good for children because the main character is a spoiled little brat that writes down nasty things about other people, even her friends, and when they find out about it, they obviously hate her.”

Thanks for playing! How many did you get correct? Here’s a handy rating scale to determine just how high your dudgeon is:

1 to 3: Grumbler.  I know you said it under your breath, but I heard that.

4 to 6: Bellyacher.  Yes, this beach may have too much sand, but you’ll probably make the best of it after 30 minutes of complaining.

7-8: Grump.  You hate the movie, the popcorn, and the seats, but at least there was a preview for something you might come back and see.

9-10: Malcontent.  I’m sorry I cleaned the car. I know you miss all your trash. Please stop crying.

11: Curmudgeon.  Congratulations! There truly is no pleasing you, but we love you anyway.

By the way, no matter how you rated, you can leave your own book reviews on our library catalog, which includes a scale of, dare I say it, one star to five. Or if that’s not your cup of tea, you can always HARD PASS!