Those of us who think we can’t draw have always relied on Stick Man.  My mom taught me how easy it was to draw him (and, alas, put an end to his short, happy life) in our earliest games of Hangman, and I filled many a page with stick figures—climbing mountains, sailing the high seas, blowing each other up—during my elementary school years.

It’s no wonder the most popular children’s books in recent years feature stick people, the best known being the Diary of a Wimpy Kid series by Jeff Kinney, whose brilliantly accessible illustrations belie their complexity by appearing at first glance to be doodles (see also Dav Pilkey’s Dog Man series, a Captain Underpants spinoff, currently the hottest thing going in children’s books).  The great secret of these series’ success may be that when kids see books full of images they can draw themselves, they feel more confident reading them independently, too.

The Adventures of Captain Underpants

It has been nearly fifteen years since the Wimpy Kid made his debut, over twenty for Captain Underpants, and today the humorous novel packed with simple line drawings reigns supreme in early chapter book publishing.  Some disciples of the genre Pilkey and Kinney pioneered have stripped it down to such an extreme that they use our sticky old friend as a protagonist.  Christopher Ford’s Stickman Odyssey, “epic doodles” in which a stick man named Zozimos must navigate a series of familiar foes and tropes from Greek mythology, stands out, as do Tom Watson’s Stick Dog and Stick Cat series, which are as charming as they sound, and come complete with instructions on how to draw their main characters.

Stick Dog Gets the Tacos

Two Cats to the Rescue

To call them stick figures is a bit of a misnomer, however, since they have full shapes for bodies, and limbs curvier than they are straight.  As legendary cartoonist Lynda Barry says in her new book, Making Comics, stick figures “can’t do a whole lot besides stop traffic or get frisked.”  Instead, she encourages her students to use “the Brunetti style.”  Named for veteran comic artist and aesthetician Ivan Brunetti, who calls for “a big head area, a shape for the body area, noodle arms and legs, rudimentary hand and foot shapes,” and a bunch of easily added features to distinguish individuals, this approach provides room for self-expression, and is the way children draw naturally before we adults teach them Stick Man.  Thumbing through Barry and Brunetti (whose own new guide, Comics: Easy as ABC!, offers many more such simple techniques), I realize just how easy it is not to draw a stick figure, and how many years I’ve wasted doing so.

But before we completely abandon the wooden warrior, let’s remember there will always be work for Stick Man, for like all great survivors, he finds a way to turn weaknesses into strengths.  If my countless childhood drawings of him being blown up by tanks and airplanes taught me anything, it’s that the guy is vulnerable.  Pair this with the expressionlessness Barry and Brunetti find so limiting, and you’ve got the perfect spokesman for signage intended to prevent people from harming themselves, a fall guy who gets the point across without being a total buzzkill.

Some years ago a friend and I formed a habit of texting each other whenever we saw good examples of Stick Man’s work along these lines.  My friend lives on the west coast, where signs like this are fairly common.  Luckily, it looks like Stick Man found some high ground here, and it’s going to turn out all right. 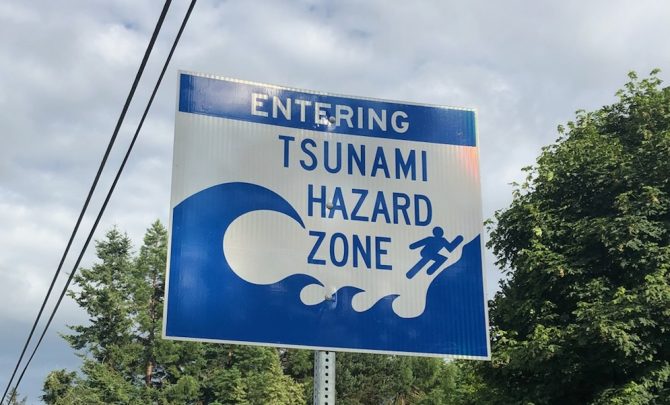 But this one's on you, Sticky. 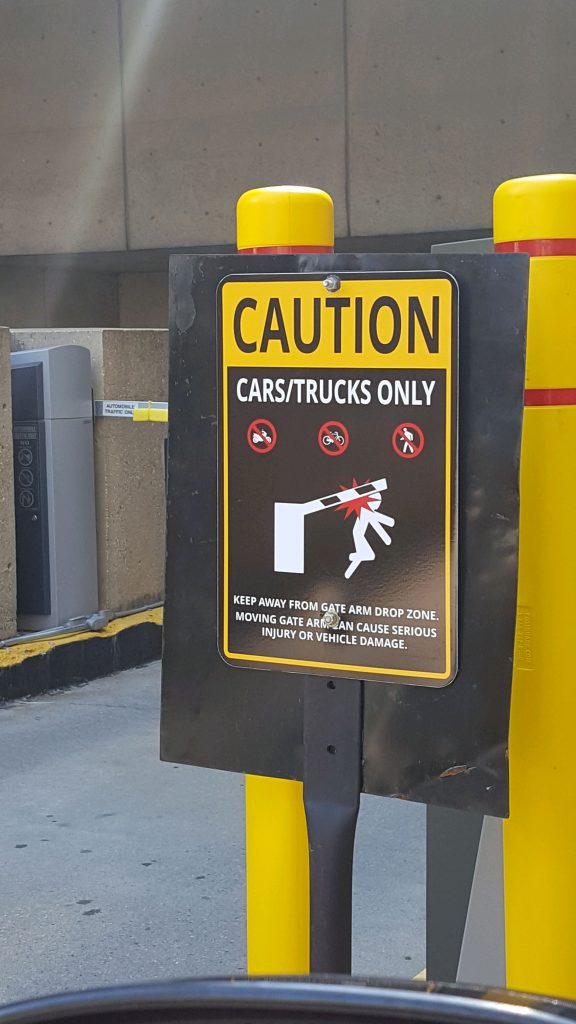 Halloa!  I know it seemed like that buffalo wanted a Twizzler, but next time don’t get so close, little buddy. 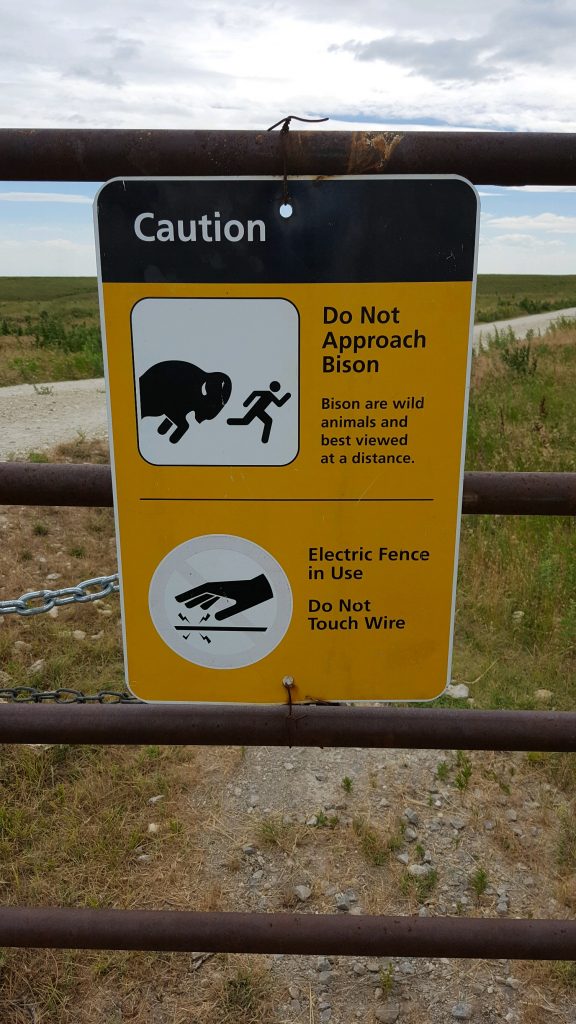 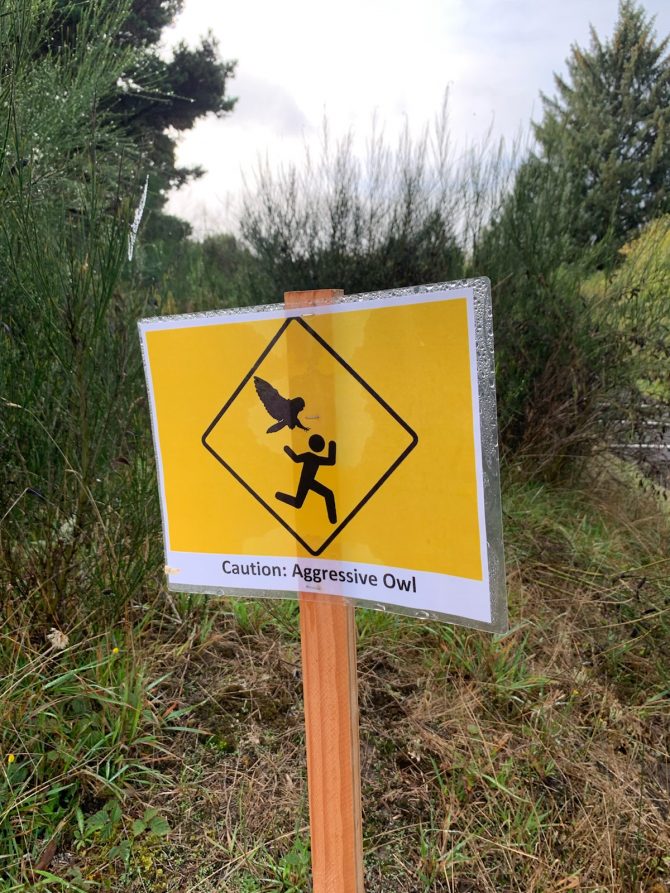 Whew, that was a close one.  Wait a minute.  Have you been harrassing all these animals? 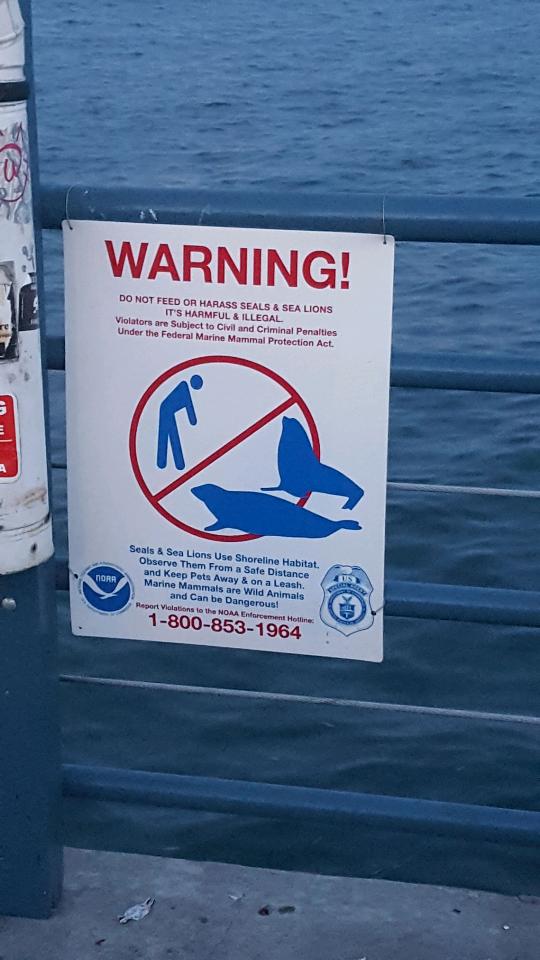 Okay, no need to pout.  Although that James Dean pose is a pretty good look for you. 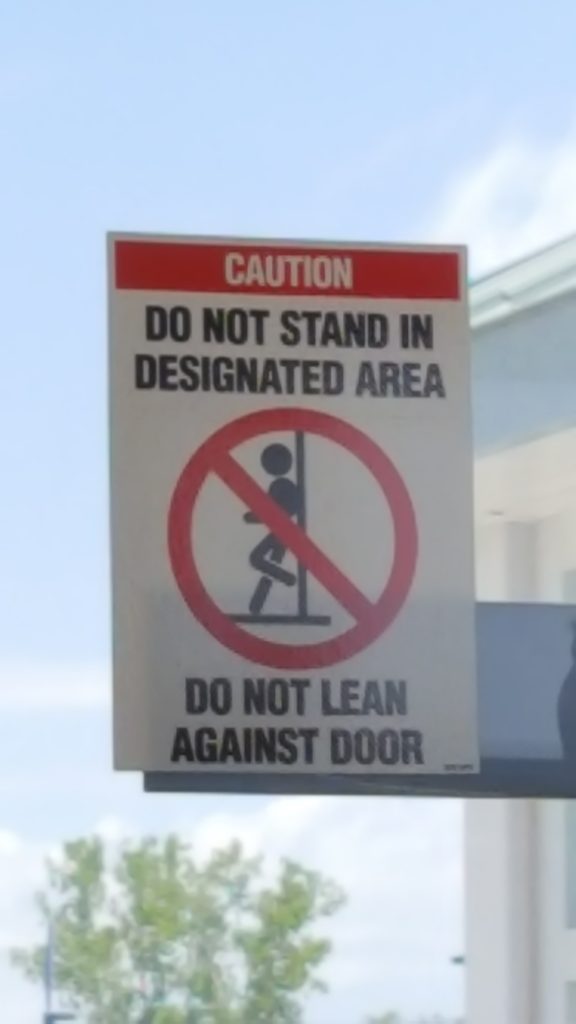 Good grief, what a rampage of risk-taking and bad behavior, and again with the wildlife!  What’s gotten into you, Stick Man? 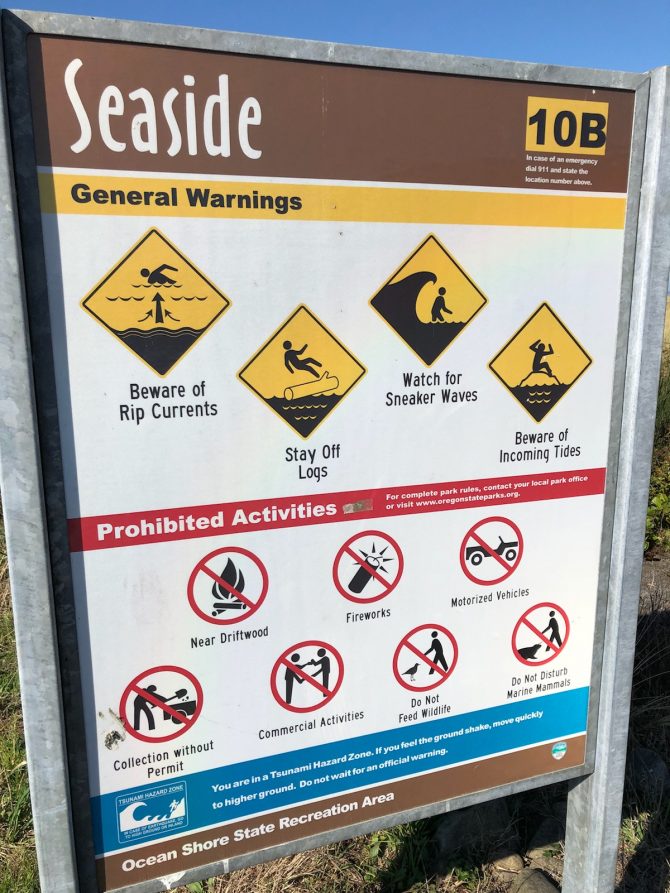 Well, the only way to top all that is by taking the biggest risk of all.  Stick Baby needs a new diaper. 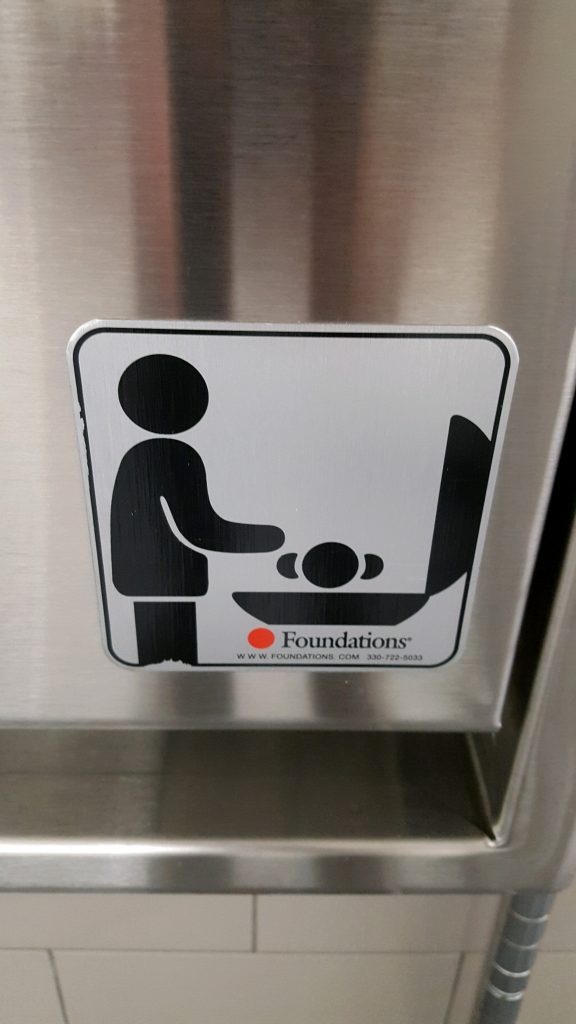 No stick people, or animals, or gate arms were harmed in the creation of this article.