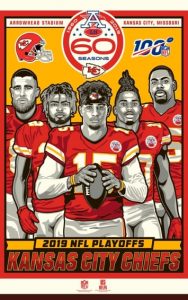 Evidently being a librarian who is also a sports fanatic is a dubious pairing. There are a handful of my co-workers I discuss our favorite teams with, but for the most part it’s blank stares and gentle ribbing about if my sportsball team won that day. To which I un-ironically respond with a highlight recap they weren’t really asking for. And they usually indulge me, because they’re awesome, and because I like to think my enthusiasm is infectious. I haven’t converted any yet, but I’ll never stop trying.

See, I think a lot of folks miss the point of being a sports fan. Which is weird, because terms like “fandom”, “fan girl”, etc. have totally normalized the notion of obsessively loving some product of entertainment or another. Professional athletes are basically the fittest and highest paid reality television stars. There’s a lot more to it than high drama, of course, (such as real, phenomenal talent and dreams coming true) but it still all boils down to the now familiar notion of a fandom and the joy and connection it can bring to the masses.

In the spirit of that, a playoff run looming, and with the conviction that I’m not alone here at LPL in a sea of people who feel indifferent towards the world of sports, I want to share with you these two NEW and excellent reads here in our collection that are all about the keepers of my heart forever: The Kansas City Chiefs.

Firstly you should know (or perhaps you already do know) that growing up as a Chiefs fan in the 90s and 2000s was…challenging. I was a wee little child during the Joe Montana years, and didn’t really come into my own as a fan until the era of Steve Bono, Elvis Grbac, briefly Rich Gannon, and then finally on to one of my favorite Chiefs, Trent Green, at the helm as quarterback. But I also got to see the likes of Dante Hall, Priest Holmes, Tony G., and the late, great Derrick Thomas play ball. It’s been a lifetime of flashes of brilliance among many, many epic letdowns, and zero trips to the Super Bowl.

But now…now we have Patrick Mahomes. Fifty touchdowns in his first year as starting quarterback and league MVP, smashing records left and right, parallels drawn to greats like Brett Favre, going toe to toe with Tom Brady. It’s really no wonder he graced the cover of Madden and this book, Kansas City Chiefs Legends by Jeff Deter. This books shares stories from Mahomes, Andy Reid, Travis Kelce, Christian Okoye, Priest Holmes, and even Len Dawson, chronicling everything from the inception of the team under Lamar Hunt, to the present day’s brilliant, shining promise. It reads like the author was overcome with excitement to usher in this new era of Chiefs football, and I am right there with him.

Another read that is sure to get you thoroughly hyped for the next few weeks is '69 Chiefs by Michael MacCambridge. A successful journalist, author, and rabid Chiefs fan, MacCambridge blended the magical story of the 1969 Chiefs team that defeated the Vikings in Super Bowl IV with how those exciting, joyous days helped shape the Kansas City we know and love today. Complete with stunning (and some never-before-seen) photos from Chiefs photographer of that era, Rod Hanna, I find this book especially moving because of its refreshing take on the transformative power of sports and what a winning team can really do for a community.

With Mahomes still putting up great numbers and growing into his role as a leader, a consistently red hot offense, and a defense that is finally healthy and firing on all cyIinders, many fans (including myself) are believing that this is the year. But regardless of this season's outcome, the future is bright for the Kingdom.

I think that's the best part about belonging to a sports fandom, and something that sets it apart from all the rest: There is never a final chapter, only the next.