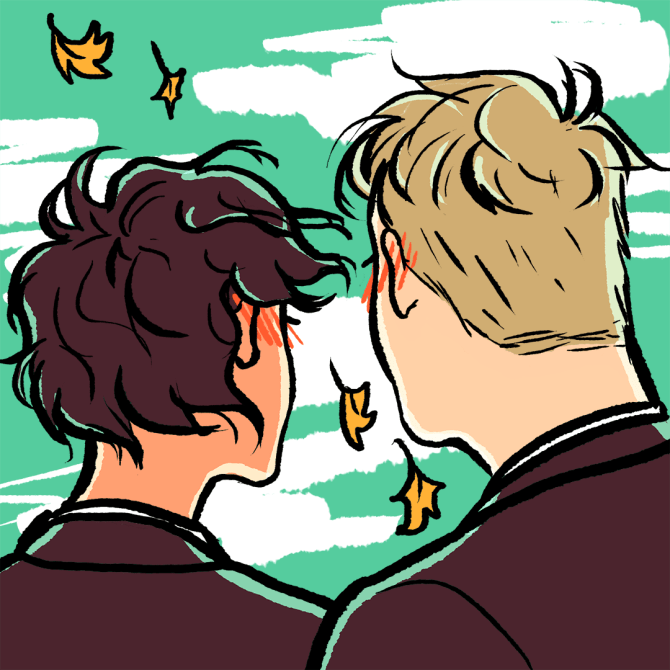 What is Heartstopper? Heartstopper is a feel-good, hopeful webtoon series, turned graphic novels, turned Netflix TV series about two boys who fall in love. Nick Nelson, the captain of the rugby team at an all-boys school, and Charlie Spring, a sweet and quick-witted student whom everyone knows is gay at school end up falling for each other. For context: they go to an all-boys school called the Truman School. Charlie is unfortunately incredibly bullied here. The first season of the show depicts their relationship as they go from learning about each other, to crushing on each other, to being with each other. Here's a short .gif that someone made to explain both of their personalities, though I don't believe Nick is quite a disaster.

It's not all about just Charlie's and Nick's relationships, however. Oseman does a good job of creating a group of thoughtful LGBTQIA+ characters who are going through their own hardships, yet finding solace within each other. We see Tara and Darcy, a lesbian couple attending the Higgs School for Girls, go public with the fact that they are dating and have to brace themselves for the negative feedback that follows them. It seems harder on Tara than it is for Darcy, and we see how Tara is comforted. Elle has to deal with trying to fit into Higgs after transferring from Truman after sharing that she is transgender. And of course, Charlie's best friend Tao has a tumultuous relationship with Charlie because he worries that Nick will be like "all the other rugby lads" and use him instead. There is also Isaac, a friend of Charlie's, but you mostly see him reading books wherever he goes.

That being said, this whole friend group loves each other and takes care of each other in their very own way. Their actions come from love. It's phenomenal to see a group of queer friends be center stage, and that is definitely something I celebrate. But what makes them important to each other, and to us, is that they're friends and people first. There's more to them than their queerness. 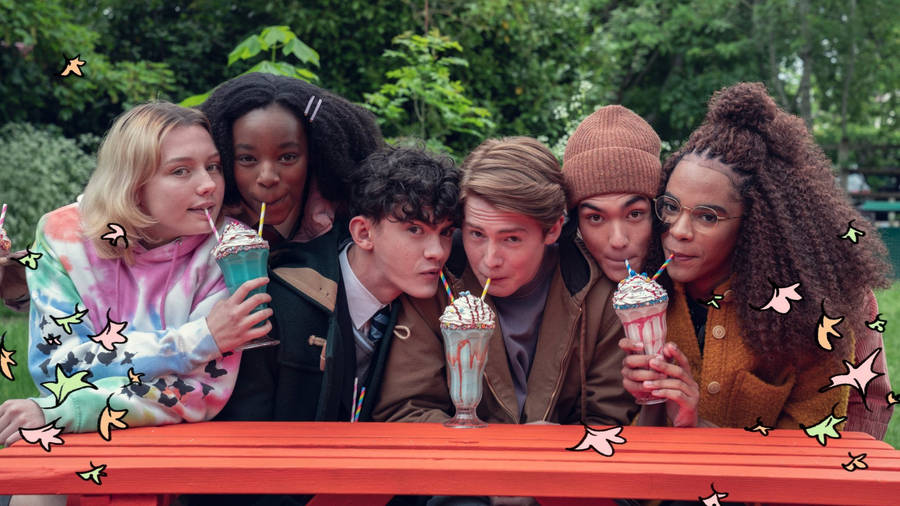 Another reason I like this show is because it's refreshing to see a story about teens that doesn't revolve around sex or drugs. The people in these stories go out to museums (this happens post volume 1, so you'll see that in the upcoming seasons). They have birthday parties at the bowling and arcade alleys. They go on triple dates to get milkshakes (I would love). There are multitudes of types of experiences that teens will face that don't always relate to sex and drugs; by sharing these in Heartstopper, it helps validate other types of experiences and tells teens that whatever way you enjoy life at this age is an acceptable one.

Lastly, you should watch and read Heartstopper because it shares and tackles serious issues while still being optimistic. In the first season of the show (the second and third are upcoming, but they haven’t been created yet), you see Charlie deal with bullying for being gay. The first episode also has a brief sexual assault scene as well. We see Nick grapple with figuring out his identity after realizing he likes Charlie, and in the future season (Volume 2 and onwards of the graphic novels), we see Charlie struggling with an eating disorder and self-harm. Though the show is sweet, it’s not just fluff. The characters deal with real, difficult issues. Sometimes they hurt to watch, and it’s understandable if you feel similarly.

What Alice Oseman does a good job of, however, is to show that even in the midst of these difficulties, people can still choose strength. Charlie still finds strength to stand up for himself. Nick, Tao, Elle, and all of Charlie’s friends support him while he’s learning how to not let his eating disorder take over his life. We see Nick growing comfortable with himself and learning to slowly share his true self with others throughout these seasons, especially through the gentle support of Charlie. 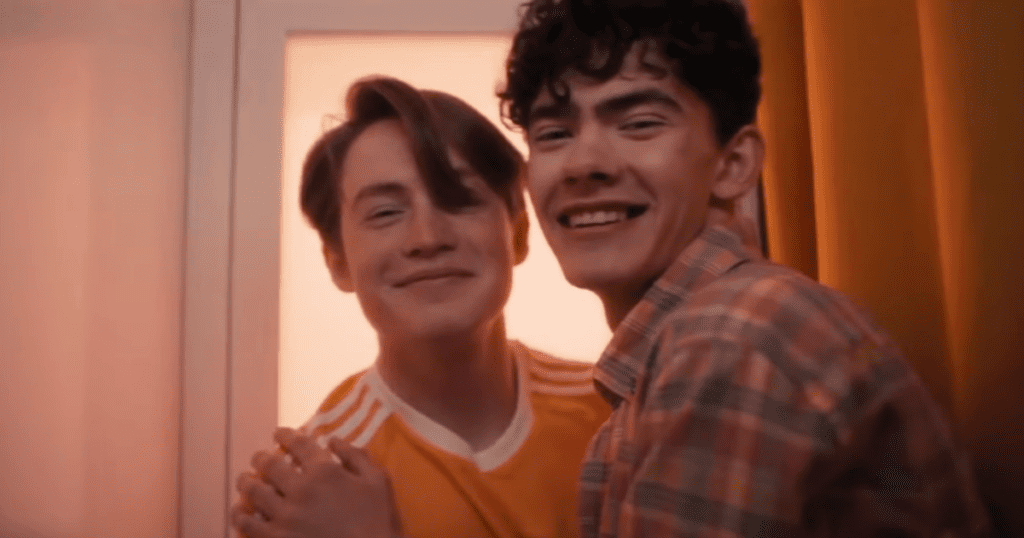 (Yay for Nick Nelson and Charlie Spring being happy !)

This show shows there is still friendship, and hope, and growth, and the ability to heal even in difficult situations. Having a sweet depiction of this is really heartwarming in a time where much of teen media, or media in general about queer people especially, is not as uplifting. It's a story about a joyous queer love story! How can you not love it?!

Give heartstopper a chance--I know it can fill your heart up.

P.S. Cheesy bonus .gif of me finding out that Heartstopper was becoming a TV Show:

Interested in the checking out the graphic novels? We have the Ebook version and the print versions of volume 1 - 4.

Interested in the web comics (the storyline continues after volume 4 on the comics, so if you want to continue reading before the next volume is published, I suggest this): Read Online | Alice Oseman)

Already know about all of this and really love Heartstopper? Did you know they have a coloring book?: Heartstopper Colouring Book | Alice Oseman

-Anita Patel is a Childrens' Assistant at Lawrence Public Library.