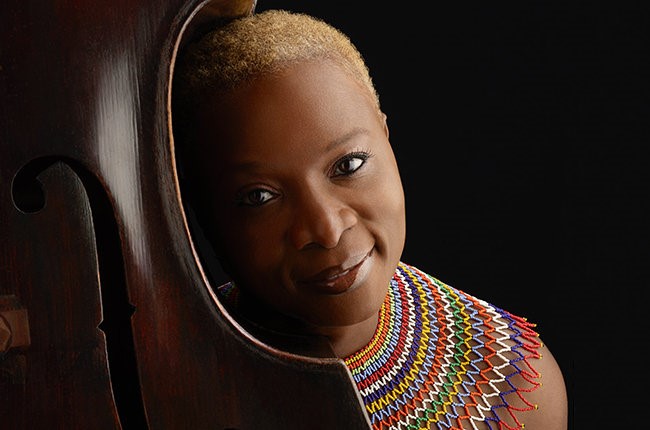 She has championed empowerment as a UNICEF Goodwill Ambassador since 2002. In 2007 she co-founded the Batonga Foundation, opens a new window, which supports girls’ education in Africa and continues the legacy of advocacy of Kidjo’s own family.

I’m currently reading her book, Spirit rising: My Life, My Music, opens a new window, released in 2014. This memoir is full of inspiration, heartfelt revelry, and the humor of a fascinating, talented activist. She points out we are all descended from Africa and can join together to make positive changes where needed, but we also need to recognize that the African continent is diverse and not universally impoverished. Her words resonate, acting as a powerful salve-therapy against xenophobia.

I highly recommend reading her book to learn about the story of Kidjo’s family and rich, culturally-sensitive world-wide music experiences with her powerful, genre-blending songs. Visually stunning full-page personal photos are interspersed throughout, and gorgeous patterned prints open each new chapter. She makes the memoir a truly holistic autobiography by including her favorite, luscious-sounding recipes in the back. 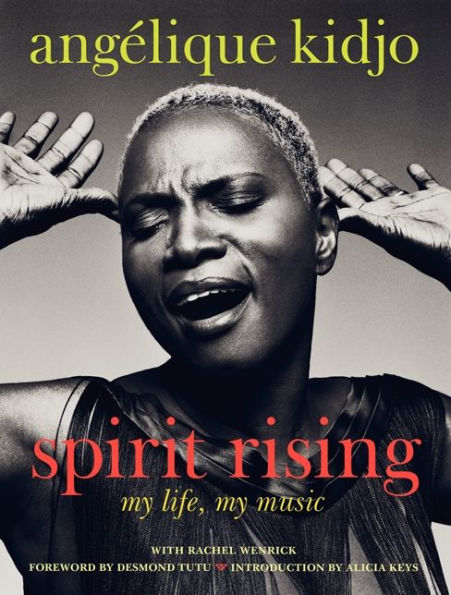 Kidjo grew up in a supportive, feminist-minded family in the country of Benin in West Africa. Her mother jumpstarted Kidjo’s drive to perform with an impromptu singing opportunity at age 6, while her father ensured that his daughters went to school.

When Kidjo’s independent music career became stifled by dictatorship-style government policies, her father encouraged her escape. She moved to Paris in 1983, and now she lives in New York and travels throughout Africa to collaborate with many musicians and singers. Her full name is as impressive as her life’s work: Angélique Kpasseloko Hinto Hounsinou Kandjo Manta Zogbin Kidjo.

She is known as an iconic African diva with a long successful career and many humanitarian awards. Africa’s first diva was Miriam Makaba (1932 – 2008) –also known as Mama Africa–who was a South African civil rights leader and singer. Makaba was a powerful inspiration and role model for Kidjo. Kidjo proudly carries on Makaba’s empowering legacy. Kidjo’s tributes to Makaba include the songs “Afirika” and “Malaika,” and she honored Makaba with an entire concert in 2014 at Carnegie Hall.

Kidjo shares her community-building efforts at the end of most of her concerts when she invites everyone up onto the stage to dance with her. I attended one of her concerts last year; being on stage was a powerful and surreal experience that I still relish. She describes in her book the power of music to transcend language barriers: “…everyone can understand rhythm. You understand the meaning of a song through your body, not just through your brain.” She is the ultimate ambassador of her music and the many diverse cultures of Africa.

The album Sings is a beautiful and unique group of songs featuring diverse rhythms from Western Africa infused with classical orchestral music via the Orchestre Philharmonique du Luxembourg. I guarantee you will swoon and hum even after the music stops!

The album Eve is captivating, joyful, and widely praised. This collection is dedicated to Kidjo’s mother, Yvonne Kidjo, and all the women of Africa. Yvonne sings with Angélique on the song “Bana.”

I’m anxious to listen to her album Djin Djin, opens a new window. It was recently added to the library’s collection!

Learn more about Angélique Kidjo by listening to her music and reading her book; a list of her works is linked here, opens a new window. Her heartfelt, truth-telling music and advocacy is resonantly joyful, and I believe we can all benefit from her community-building methods. Enjoy!