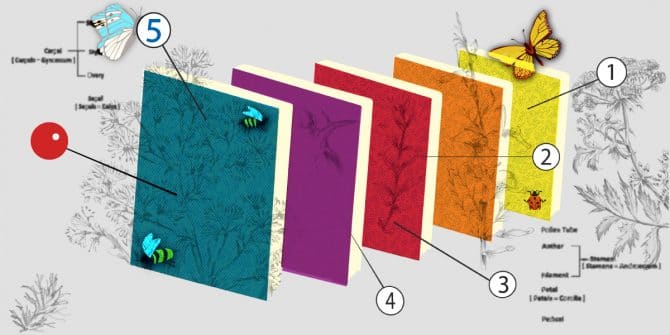 While hundreds of Lawrencians simultaneously feasted on scenes from Frisco over the past month, many of us were unearthing fascinating, real-life stories from the library's nonfiction collection. With spring closely looming, we thought it appropriate to take a flowery peek at what you've been reading to keep those neurons firing despite the freeze.
The following 5 picks from our nonfiction stacks floated to the top. In The Library Book, Orlean chronicles the Los Angelas Public Library fire and its aftermath to showcase everything that is wonderful, life-transforming, and community-building about libraries.

Part true crime and part love song to one of the oldest institutions of our democracy, Orlean tells tales delving into the evolution of libraries across the country and around the world, from their humble beginnings to their current status as a cornerstone of national identity. She brings the library to vivid life through on-the-ground reporting, studies arson and attempts to burn a copy of a book herself, and reexamines the case of Harry Peak, the blond-haired actor long suspected of setting fire to LAPL more than thirty years ago.
The Library Book 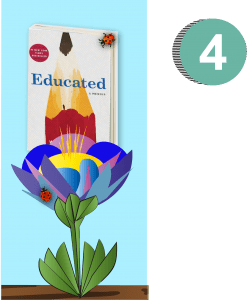 Tara Westover was seventeen the first time she set foot in a classroom. Born to survivalists in the mountains of Idaho, she prepared for the end of the world by stockpiling home-canned peaches and sleeping with her "head-for-the-hills" bag. In the summer she stewed herbs for her mother, a midwife and healer, and in the winter she salvaged metal in her father's junkyard.
Educated is an account of the struggle for self-invention. It is a tale of fierce family loyalty, and of the grief that comes from severing one's closest ties. With the acute insight that distinguishes all great writers, Westover has crafted a universal coming-of-age story that gets to the heart of what an education is and what it offers: the perspective to see one's life through new eyes, and the will to change it.
Educated 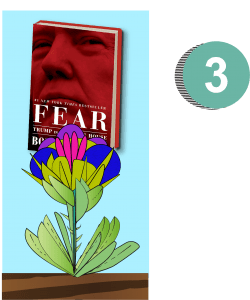 The blockbuster tell-all by Bob Woodward, Pulitzer-winning journalist of Watergate fame, is like a slow-motion car crash, shocking and disturbing for readers, supporters or opponents of the current occupant of the White House notwithstanding.
Here's a promising review by patron Carlee McDot:

"I had very little knowledge about the book prior to grabbing it (wasn't sure if it was 'pro' Trump or 'anti' Trump), but since it was available ... I decided I'd try this one. I am going to keep my own personal politics out of this review (or at least give it my best attempt at doing so), but to say this book was interesting would be an understatement. This book was very eye opening because it was sort of a look behind the curtain (and behind the curtain while the President is still in office)."

A familiar story for Kansans 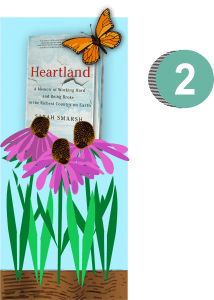 Lawrencians are ravenous for this book by fellow onetime Lawrence-resident Sarah Smarsh, because the story is one with familiar resonance.

"Hard work and smarts is not in short supply for these Kansans who build their own houses and work their farms to support themselves and their families. What is in short supply are financial safety nets and corporate regulations that could have prevented her father’s chemical poisoning and the years it took him to recover. Thus far, it’s an eye-opening testament to the great class divide we have in our country, between the white and blue collars, where it’s so easy to victim blame those in poverty for their own downfall." 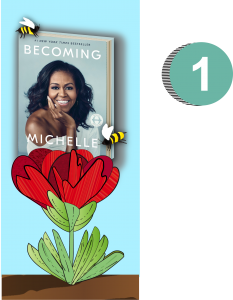 From Chi-town activist to First Lady: Lawrence can't get enough of this autobiography by Michelle Obama.

An intimate, powerful, and inspiring memoir filled with meaning and accomplishment, Michelle Obama has emerged as one of the most iconic and compelling women of our era.

Readers' Services Assistant Leah Newton can only look on in wonder:

"As of this moment, this book has approximately a gazillion holds. For good reason. Michelle Obama is by far one of the most influential women of our time and this is a candid telling of her fascinating success story."