Links, books + podcasts for people who love to learn

By Leah Sewell, who covers the library beat, and, although she consistently buries the lede, still gets her stories ranked above the fold

At a recent meeting of the minds behind the LPL website, a term came up that made about half the people in the room scrunch up their noses fetching around for a definition. It was a phrase, actually: "Above the fold."

At first glance, the phrase might seem a close cousin to "welcomed into the fold," meaning to be accepted into a group, a phenomenon I recently experienced when being welcomed so warmly into the fold of the staff at LPL, despite my suspicious marketing background. Marketing people are often viewed as the disseminators of disinformation, which lands us directly in the realm of top tier on the librarian's list of mortal enemies, right alongside people who run over library books with their Mack trucks .

Case files of a bibliopathologist

"Buy 'em books and buy 'em books, and they still eat the covers." How do library books meet an untimely death? Dan counts the ways.

So, while I've been welcomed into the fold here at LPL (albeit on probationary terms having to do with how much "spin" I put on things), others aren't so lucky. The targets of persecution as of late aren't marketing wordsmiths—who tend to use messaging to pursue the big bucks (except me, tho) —the latest targets in the writerly world are the hardworking people of the press corp. Which brings me right back to above the fold.

Do you know what it means?

So, the term got its roots in print, where it referred to the top fold of the newspaper — because the paper folds in half, obviously — and so the most crucial info, and the surefire seller headlines were placed up top and up front and facing outward. Sometimes the "above the fold" portion was nothing BUT headline. Here's a (totally random) example to illustrate:

Nowadays, though, the term isn't as readily recognizable because the internet scroll took the place of the newspaper fold. News-grazers morphed into news-guzzlers whose power to unleash headlines only required a tap of the refresh button, and, lo, the firehose of headlines sprung forth. These are, indeed, hard times for scribblers.

Today, like most former virtuous traditions once fed through the meat grinder of the Internet, the phrase "above the fold" is often used by e-commerce peddlers and marketers to indicate where they want their unsubtle, baldfaced, wallet-grabbing ads to be located on websites.

The connotation is changing. Those who use it in the webpage sense sometimes refer to a content's location as "above/below the [web page's first] scroll."

With the proliferation of mobile technology, it's become more difficult to predict and/or nail down exactly where an ad will appear depending on how the user accesses the site.

Advertisers, designers, and programmers need to account for not only screen size and resolutions, but also browser type, android or IOS, desktop or laptop or tablet, and the various feeds where it will hitch a ride to Audience City.

Mobile tech and its subsequent unpredictability of interfaces contributed, in part, to the mass influx of "content marketing," which is content that both entertains and, ultimately, seeks to sell something. Content marketing typically comes in easily-mobile-adaptable formats that float down a page or come with built-in functionalities for optimized display—written copy, infographics, full-screen optional video, images and/or a combination of those.

I'll let you in on a bit of a secret: You're experiencing content marketing right now (except, of course, everything the library "sells" is free, so my conscience is impeccable). 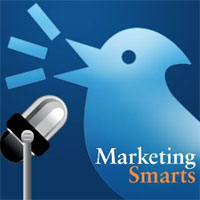 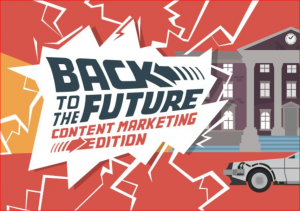 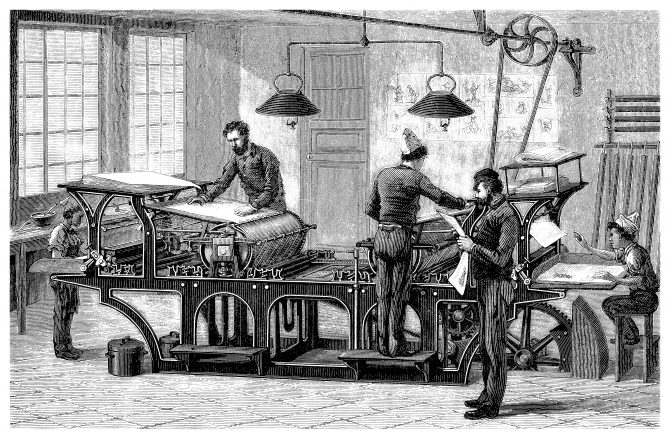 Journalists still speak like, well, journalists. "Above the fold" may seem archaic if you no longer believe in the power of print but it's a term still in use in the newspaper industry, too, by reporters at nearby Topeka Capital-Journal, where Savanna Maue works as a reporter.

I ran into Savanna recently and she and I chatted for a few minutes about folks we both knew in the media industry in the capital city. It wasn't but thirty seconds before we started into the journo-speak.

To the uninitiated, journalist lingo goes something like this:

"My sources are keeping their ears to the ground, but my beat overall is a total flop this week."
"Can you write the cutline on this mug shot?"
"To pull-quote or to sub-headline? That is the question."
"I'm telling you, the scar wasn't even a pica's width."
"What's the byline? Oh, him. Dude's got a bad habit of burying the lede."

Podcasts that offer a glimpse into journalism and reporting

When you're a devotee of reading, it's often you come across words that fascinate. Where did that phrase originate? Why does this particular word function as both a verb and a noun? This word seems archaic, so why is it still in use? Here's a list of books for readers and writers in love with words, their functions, and the ways that language inevitably changes with the shape of the world.

Still think newspapers are past their prime? Here's a list of mostly jargon-free guides and videos to introduce you to web design and coding to keep you soaring full-steam into the future. That's a future moving inexorably further away from the cobwebbed printing presses of our ancestors and the knock-kneed newsboys hawking headlines featured prominently above the fold.